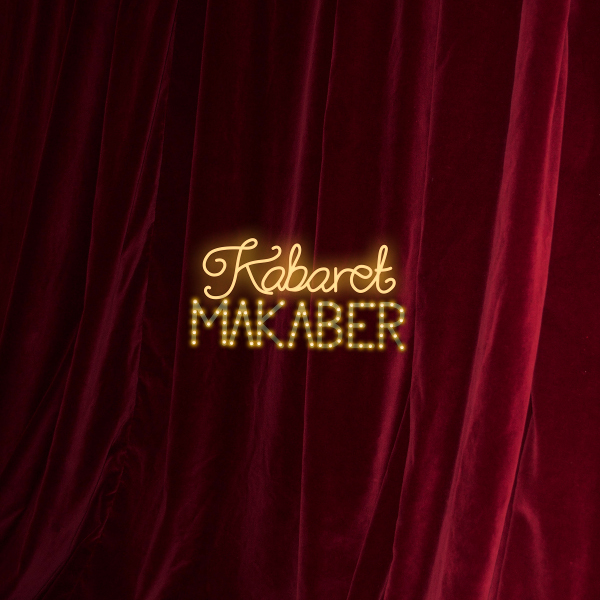 And now for something completely different… Bergen’s Kabaret Makaber is not the first band to bring together European cabaret music with more modern styles, but they do it in a way that’s all their own. In large part, that’s due to the instrumentation, which features two saxophones, marimba, and upright bass, along with a female vocalist and drums. It’s the drums that will grab you first: Tomas Myklebust starts the album with a burst of toms that leads you to expect a punk band more than what is to come. Then they settle down and we get a rousing triple-time romp that puts Marita Vangen Bratteteig’s outstanding vocals up front, Alexander Lund’s bass thumping away with infinite cool, and Torstein Åvar Sollien’s marimba providing the chordal framework. The two saxes (Morten Norheim on alto and Mads Lønnkvist on baritone) provide counterpoint, punctuation, insane solos, and an element of chaos. Bratteteig sings in Norwegian, and is a superb, highly flexible front to the music. At times she may coo breathlessly, almost whispering, only to launch into wild flights of powerful embellishment, growling, swooping wails, or anything else that might express her emotion. Through it all, she is never out of control, and never off pitch. It’s an amazing performance, and could likely carry the album even if the rest of the band were mediocre. Which they aren’t. I’ve already mentioned Myklebust’s drumming, but Lund locks in on the bass to provide for some infectious grooves that are kind of funky even if they’re really playing rhythms more like polkas and waltzes than rock or soul. The marimba performs multiple functions within the arrangements, sometimes doubling or embellishing the bass line, sometimes playing chords (the role a piano or accordion would normally handle), and sometimes working into melodic lines that complement the saxes. Norheim and Lønnkvist provide perfect foils for the vocals, every bit as capable of wild expression as Bratteteig, and taking Kabaret Makaber further from mere stylistic mimicry and into a realm all their own. It seems like I’ve been hearing a lot of music lately that takes its inspiration from eras prior to the advent of rock and roll (Mostly Other People Do the Killing, Microscopic Sextet, Ghost Train Orchestra, and so on), and Kabaret Makaber proves that it’s a well far from run dry.