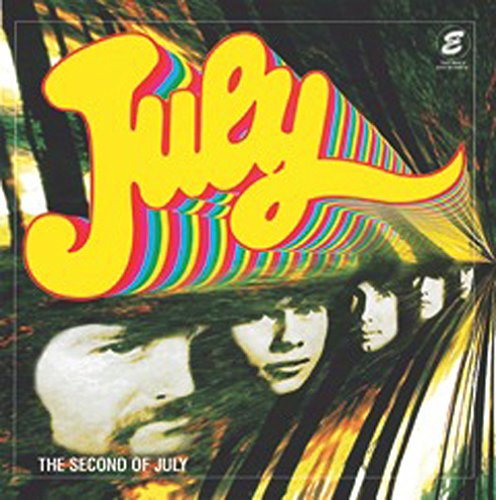 The British band that released a super rare self-titled album in 1968 and subsequently disappeared should, by now, be known to all connoisseurs of classic period British psychedelic music. At the time the sadly under-promoted album was nothing more than an obscure footnote compared to the likes of Magical Mystery Tour, Satanic Majesties and Piper at the Gates of Dawn, but through the years it has gained its due respect, partially due to the later work of the band’s leader, guitarist and singer Tom Newman (Tubular Bells engineer / producer and creator of the late period progressive classic Faerie Symphony), as well as future Jade Warrior members Jon Field (percussion) and Tony Duhig (guitar) being members of the band. Other band members Chris Jackson (drums, piano, organ) and Alan James (bass) left less of a lasting legacy, although James did important session work for many years to come. The album was a brilliant stew of classic songwriting, experimental arrangements, Indian influences, and studio trickery. One album, then gone. So what exactly is The Second of July, if there was in fact no second album? These are home-recorded demos from 1967 by bandleader Tom Newman and former Tomcats (an earlier band with many of the same members as July) guitarist / bassist Peter Cook, and all but four of these fourteen demos would later reappear on the July album proper, with the full band playing the parts, though by that time Cook was no longer involved. So why are these demos important? Perhaps it’s because much of the eccentricity, invention and experimentation of these songs were ‘smoothed out’ by producers by the time the full band got to the studio to record them. In preparation for this review, I’ve listened to the demos and the album proper back-to-back many times, and have to say the demos, even though the full band is not present and Newman is using taped drum loops, easily trump the album proper. Both the July album and the Second of July demos have been released and reissued numerous times over the years, both on vinyl and CD, once even both were included on the same CD, but this latest 2014 version of Second on Acme / Lion Music is one that can surely be counted on for superior sound.

A Triggering Myth - Forgiving Eden – For their latest effort, keyboardists Tim Drumheller and Rick Eddy present a single suite divided into eight parts, sometimes with no break between them. Part one starts quietly with a slightly jazzy,...  (2003) » Read more