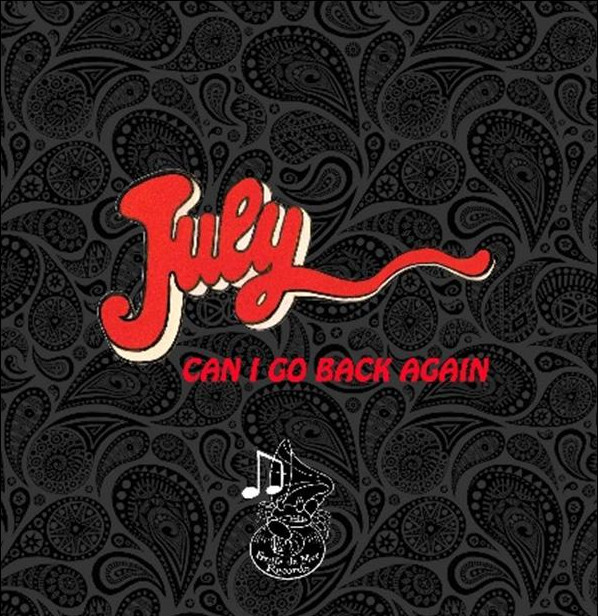 July released their self-titled psychedelic masterpiece in 1968 and then disappeared for decades. Due to the reissue of their album and a second one of demos etc. July recorded and released a comeback album, Resurrection, in 2011. A Fruits de Mer band suggested that July get in touch with Keith Jones regarding a possible vinyl release, and the result is the new 7-inch, Can I Go Back Again. The A side is an extended version of “Can I Go Back Again” from Resurrection. The B side is a demo version of the same song. These two versions are both far superior to the song on Resurrection, and the demo in my opinion is the best of the two. The A side version begins with sitar and drones that are soon joined by the sound of rain and megaphone vocals. After a couple of minutes, the tempo of this dreamy, trippy song picks up and a razor sharp fuzzed guitar joins in the mix. As the song nears completion it morphs into psychedelic hip hop. The demo has phased vocals, the catchy guitar riff, and a rawer sound that I find quite appealing. Quite a coup for FdM that I am sure will rapidly sell out upon release.