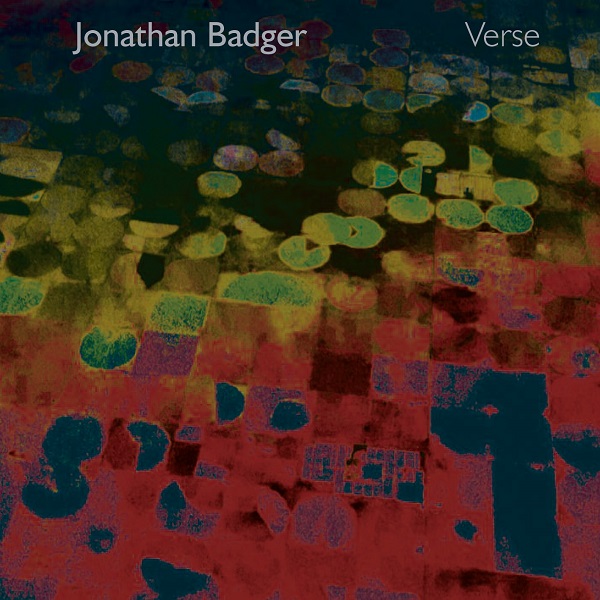 In 1974 Manuel Göttsching released the ground-breaking Inventions for Electric Guitar where he meticulously multi-tracked different sequences and riffs without the aid of samplers, sequencers, or other tools of the trade that are available to the modern composer. Jonathan Badger, a US guitarist and composer, who has studied under Robert Fripp, has extended Manuel’s approach, combined it with Fripp’s compositional methods, and used modern technology to create an amazing album of 10 relatively short tracks. He shows restraint in that each song is just long enough to explore an idea without becoming tedious. Basically what Badger does is send two signals out of his guitar, one is the standard analog guitar signal and the other is a digital feed that triggers samples from his broad array of orchestral instruments. One odd thing I noticed is that in the final 30 seconds of many of the tracks there is an abrupt shift to amorphous electronics. Jonathan is quite an accomplished guitarist, causing comparisons to Alain Markusfeld’s Le Desert Noir, especially on “Nimbus.” Overall, he has an introspective approach to music. It takes a lot of concentration to produce something of this caliber. Tracks that stood out for me are “Nimbus,” “Limbec,” and the final track, “Sickle’s Compass Come.” If you enjoy adventurous music that is also quite melodic and beautiful, then Verse is something you should investigate.