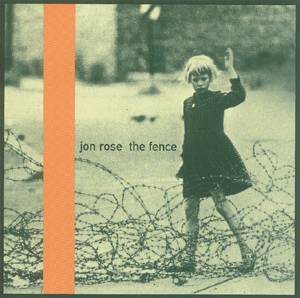 Continuing in the Musique Concrete experimental mode defined by Rose's last disc, The Fence is less an album of music than it is an aural documentary. In this case, Rose has chosen Fences as his subject matter (and occasionally, as his instruments!). Intended as an experimental radio broadcast back in 1993, The Fence examines Fences as analogies for "everything that separates, controls, and isolates the human race" (from liner notes). German-language voices narrate stories (I think) over incidental music background, with occasional found sound fragments and samples thrown in. The stories deal most often with political boundaries both real and imagined (The Berlin Wall, the Iron Curtain, North and South Korea, etc.) and reflect on their effect on the people who must live on either side of these boundaries. If I could understand German, I might enjoy this more, but at least the liner notes explain what's going on well enough. Jon Rose is not your average cat. Recommended for the most conceptual performance artists (remember, Form over Function!) and die-hard history majors.