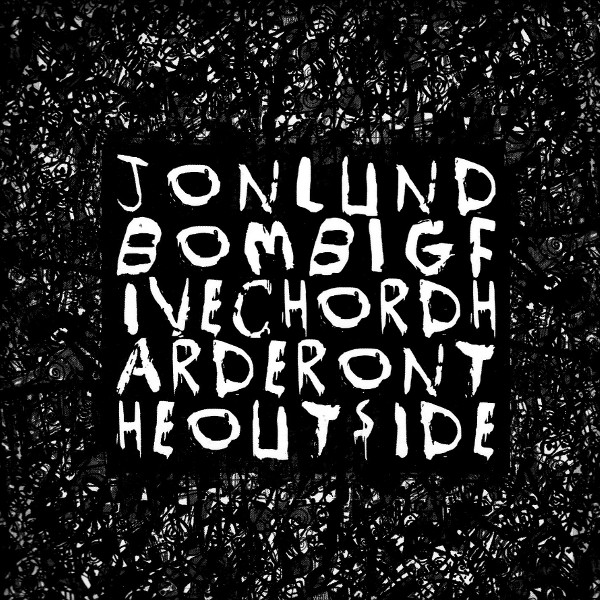 Big Five Chord’s ninth recording, Harder on the Outside, celebrates their 15th year as a band, and offers a mighty eight tracks, all purely instrumental explorations of hard-grooved funky jazz driven by the precise bottom end of drummer Dan Monaghan and bassist Moppa Elliott. The woodwind section of Bryan Murray (balto! and tenor sax) and Justin Wood (alto and soprano sax) provide the guide and power melodies and plenty of gritty improvisation throughout ia their solos, while guitarist and primary composer Lundbom connects everything together and provides some blistering solo work throughout (check out “Prednisone” for a hearty example of that). One thing this recording is not short of is pure intensity, and it seems like around every corner one player or another is giving their everything while others carry the groove or comp to fill in the cracks, although saxes do get their rests while Lundbom produces his bracing and explorative solos. Within their operating parameters this group offers a lot of variety across the first seven tracks (the final cut is an alternate take of the second “Basic Bitches”) and in a general sense, even with a heavy moving groove, double bass and a distinctively jazz approach to the drum kit on the bottom end differentiates this from your typical power funk, even though Lundbom is ripping it open on electric. On “Booberonic” the soprano sax solo dueling with the bass offers a particularly interesting spectacle of power and precision. Things get chaotic and crazy at times, like the three-minute “Fussing Blues” where all five cylinders seem to be firing at once for the enture duration, and opener “People Be Talking” where following some dueling sax criss-crossing charts blow out into free-wheeling chaotic solos. It’s a wild ride throughout for the adventurous listener, so fasten your seat belt before the first cut and you’ll be safe!

David Gilmour - Remember That Night - Live at the Royal Albert Hall – For those living under a rock, David Gilmour has recently completed a world tour in support of his 2006 solo album, On an Island, which this double DVD set documents and commemorates. Disk one...  (2008) » Read more

The Aristocrats scold a small object in space