One of the great drummers of the rock era has died. Jon Hiseman was a veteran of such ground-breaking groups as Colosseum (I and II), Tempest, John Mayal's Bleusbreakers, and was a founding member of the innovative large band United Jazz + Rock Ensemble. 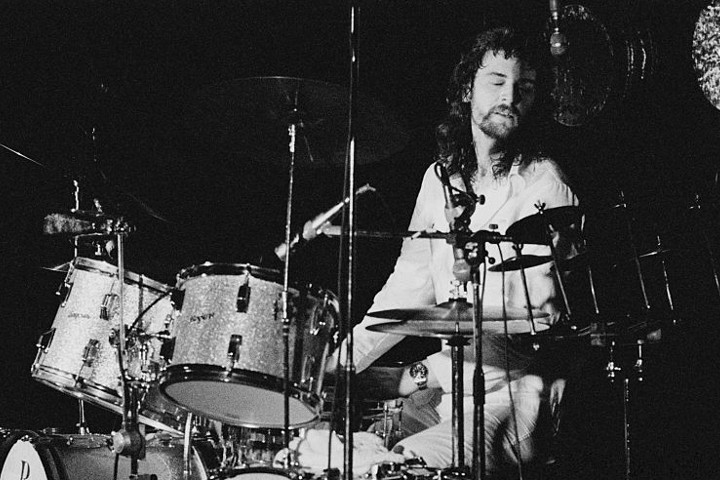 Hiseman was born in 1944 in Woolwich, London, and his musical career began with Arthur Brown in the mid-60s. He played in Graham Bond's Organisation. After a stint with John Mayal, he formed Colosseum with Dick Heckstall-Smith, Dave Greenslade, Tony Reeves, and James Litherland in 1968. The group was one of the first to combine jazz and rock in a progressive idiom. The band recorded four studio albums and a double live set before splitting in 1971.

Hiseman's next project was called Tempest, and involved Allan Holdsworth, Paul Williams, and Mark Clarke. Ollie Halsall later joined, and Holdsworth left. Following that, Hiseman formed the high-energy second edition of Colosseum with Gary Moore and Don Airey. He also worked with his wife, saxophonist Barbara Thompson on a number of projects, and both were involved in the founding of United Jazz + Rock Ensemble with a who's-who of international musicians.

In May of 2018, it was announced that he was suffering from a brain tumor, and he died on 12 June, leaving behind an admirable legacy of music in many genres.

Nerv - Ragam – Since Discus first unleashed itself on the world in ’99, it seems like there’s a limitless number of Indonesian prog rock bands coming out in their wake, and this six-piece...  (2006) » Read more

Soft Machine - Spaced – The material on Spaced was originally recorded in 1969 (circa Third) for a special choreographed multi-media one-week event of the same name at the London Roundhouse. Although the music here (seven...  (1997) » Read more