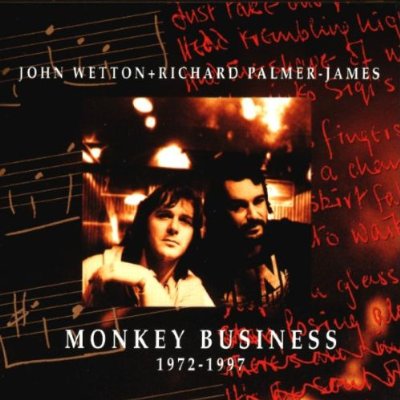 When was the first time you heard “Exiles” or “The Great Deceiver” and were taken aback about the lyrics? It’s a pretty strange role to find yourself by trying to fill the shoes of Peter Sinfield with King Crimson. Richard Palmer-James took that job and has been a long time school friend of John Wetton as well as contributor to the wordier side of some of the best-loved Crimson songs. This disc is an odd collection of early demos, unfinished recordings and updated versions of songs from Wetton’s career including Crimson, recent solo work and a few aborted projects. The most enticing pieces are those with Bill Bruford: “Confessions” and “The Good Ship Enterprise” recorded during the interim between the 1974 King Crimson and UK. These could be the long demos for the Wakeman, Wetton and Bruford project which A&M derailed and ultimately led to UK. Both tracks show signature time keeping from Bruford and some tricky word play from Wetton in what could have been some promising pieces. A few pieces have undergone some lush arranging to wind up in current form on the album including “Starless” and “Doctor Diamond.” But it’s the rough versions of “Book of Saturday,” “Easy Money,” and “Magazines” which give you an account of Wetton’s songwriting process where he enlisted Palmer-James to flesh out ideas and come up with the compelling verse. Monkey Business is for Wetton collectors primarily and those who want to peer into the looking glass of his early writing process.