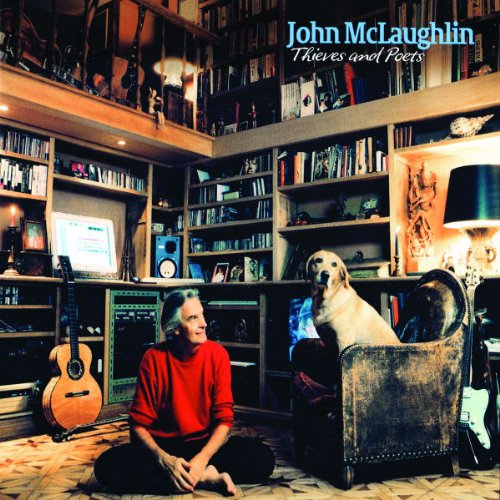 The solo acoustic works of guitar icon John McLaughlin have been in a world class category for the past thirty-five years. Thus finding a suitable compatriot in former student Yan Mareze with a similar mindset to arrange orchestral charts fitting for one new three-part suite and four covers is an amazing feat in itself. McLaughlin himself describes the three movements as steeped in the old world, then new, then a merger of the two. Part one is Spanish influenced with military style themes; it’s moody but wide, sweeping in scope and enthusiasm. Other pieces include a performance of Chick Corea’s “My Foolish Heart” that comes as a cool relief from the outright impassioned drama of the opening of the disc. “The Dolphin” is another song of note as it works for two guitars doing up a piano-based track. “My Romance” is probably the most familiar piece on the disc as popularized by Carly Simon’s recent rendition. In this form the song easily transcends vocal boundaries. The guitarist nods to Bill Evans’ piano arrangement as the main inspiration for this linear and light performance. Cover art shows the guitarist barefoot at home with his dog in a favorite chair lounging in what looks to be a vast library. At this point in his career there is little doubt that the guitarist has rightfully attained a level most performers can only dream of.