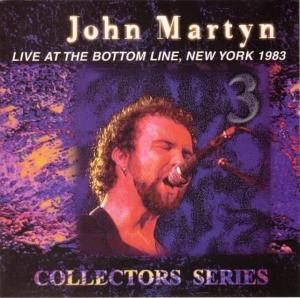 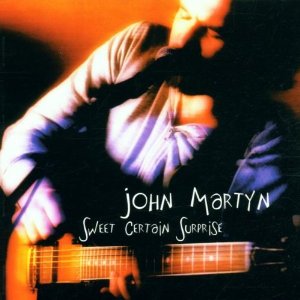 What is remarkable in this last set of two live rarities from guitarist and vocalist John Martyn is that the two performances continue to show an expanding range within different periods of the man's thirty years plus career. Sweet Certain Surprise is a semi-legitimate release of well-circulated Martyn bootleg of a 1977 U.S. performance that captures several rare tracks with add-ons. Martyn had just come off a self-imposed performing hiatus that he maintains saved his career and it shows. Acclaimed albums such as Bless the Weather are well represented, as the title track is included along with a delicate version of the live set's opening piece, "Head and Heart." "Man in the Station" from Solid Air received a surprise ovation as the composer describes a train leaving on the tracks homeward bound. Stripped down versions of "My Baby Girl" from Sunday's Child paired with "Certain Surprise" and "Couldn't Love You More" from One World demonstrate the solo performer at his best. Tagged onto to the original boot are four songs from a 1981 full band performance that includes a pulsing rendition of the rare Jamaican tinged track, "Big Muff."

In contrast the 1983 show finds Martyn together with bassist Alan Thomson and drummer Jeffrey Allen at the long established jazz club, the Bottom Line. The set is culled from mostly 80s catalog material except for a few re-worked pieces from Sunday's Child ("Root Love") and the blues standard "I'd Rather be the Devil" from Solid Air. The performance finds the guitarist in his gritty electric mode that characterizes his style of the day. Probably the most effective songs on the disc include "Didn't Do That" (where Martyn sounds uncannily like Eric Johnson of all people) and the bouncy "Johnny Too Bad." Included for good measure is the rare soundtrack piece, "Anna," a slow ballad that bemoans bad luck searching for a lost love. As Martyn is enjoying a bit of a renaissance in his career, there is no doubt that there is certainly plenty of quality material to draw from.