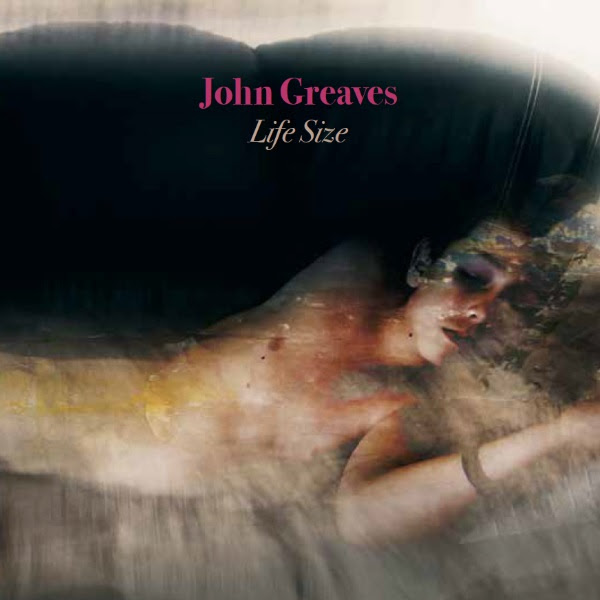 With Life Size, John Greaves gives us a set of songs that are pretty far removed from the avant-garde tendencies of some of his past work, though they’re hardly mainstream or without interest. Between the crooning vocal delivery, the deliberately artistic intent, and the atmospheric production, I’m reminded of Scott Walker’s Tilt, though Life Size is much more accessible. It should come as no surprise that comparisons to Peter Blegvad’s work come to mind, along with occasional hints of the classic Kew Rhone that Greaves did with Blegvad and Lisa Herman back in 1977. To follow up one some of these thoughts… The “artistic intent” is on full display when you look at the sources of the lyrics. In addition to Greaves himself, Blegvad, Lisa Herman, and Robert Wyatt, we see such names as James Joyce, Dylan Thomas, Paul Verlaine, and Guillaume Apollinaire, and being the semi-literate person I am, I had to look up a couple of those. Two tracks are new versions of songs familiar to me: “God Song” by Robert Wyatt and Phil Miller, and Blegvad’s “How Beautiful You Are.” One of the highlights is a track called “Kew Rhône Is Real,” with lyrics by Lisa Herman and music by Greaves, which revisits its namesake in style and oblique imagery. A couple of songs are in French and one in Italian. Greaves is joined by Annie Barbazza, Himiko Paganotti, and Valérie Gabailon harmony or duet vocals on about half the tracks. For the most part, the mood is on the mellow side, encouraging close listening rather than dancing, and the arrangements feature small ensembles of strings and winds with keyboards and very little guitar. This is tasty stuff, unabashedly drawing on the traditions of European culture — how often do you hear music backing a recitation from Joyce’s Ulysses?