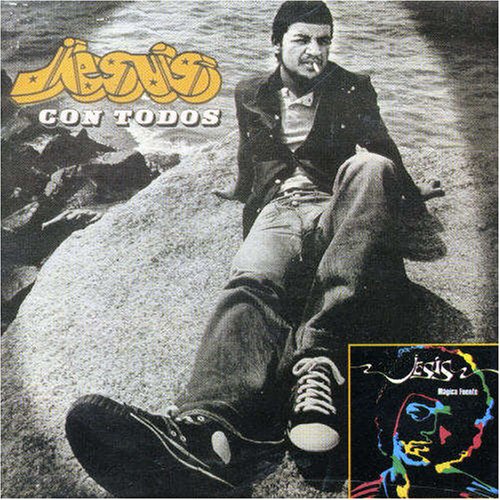 This CD reissues both albums of Jesús Figueroa, Con Todos (1972) and Magica Fuente (1974). Figueroa was the lead singer of Uruguay psych band Opus Alfa, which evolved into Dias de Blues (without him). It was an amicable split, however, and the members of Dias de Blues performed on the first album. The music on Con Todos is a fairly run-of-the-mill mixture of rock and blues, with an emphasis on acoustic guitar and singing. As such, while it is presumably an important political and cultural document, from a purely musical standpoint it is less likely to be of interest. There is some tasty organ playing on one cut, though. Magica Fuente is somewhat more musically interesting, with some weird effects and more of a drug vibe, but essentially continues the same style, even over longer tracks such as the eight-minute “Fuego de Dragon.” There is also a track with some harp playing, perhaps foretelling Figueroa’s subsequent search for enlightenment from eastern gurus. The CD concludes with a two minute Opus Alfa bonus track. I think this reissue will be welcomed by South American psych collectors, and will go unnoticed by everyone else.