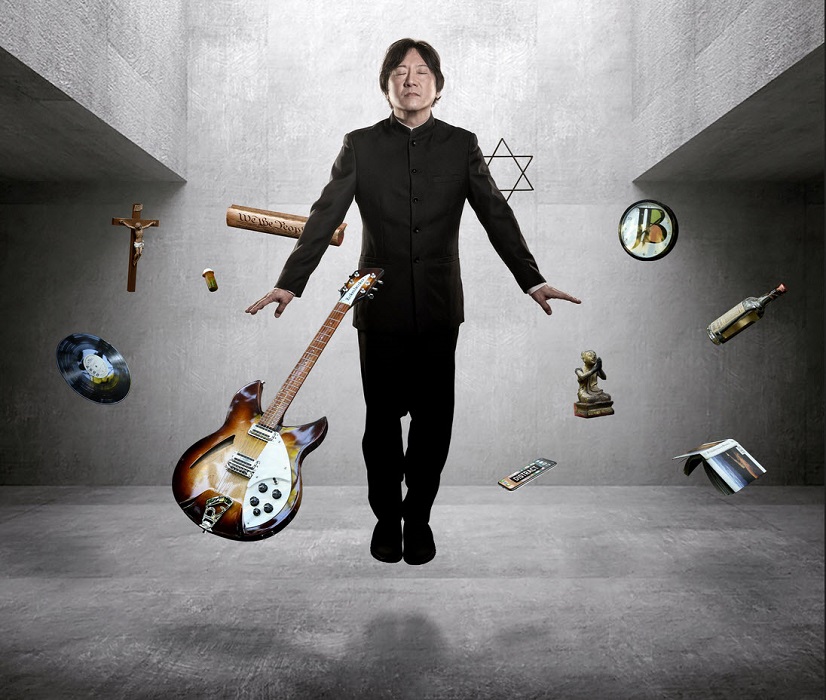 A long time ago in the 90s a colleague at the company where I worked at the time suggested that a friend of hers, who was a guitarist and music teacher, might want to write some reviews for our publication, so we gave him a chance to write for a few issues, but ultimately he lost interest and went back to his teaching and such. His name was Jerry Baiden, and even way back then I was aware he was working on putting together an album of his songs, what eventually became his debut, Suspension of Belief. Twenty some years later, this collection of material is quite impressive: twelve songs crossing various genres, but at its core it’s pure power-pop of the highest order, informed by jazz, classical, rock and roll, definitely a sound borne of real performance like that which was the norm back in the late 70s and early 80s. Baiden wrote or co-wrote everything here except one track which is a show tune by Sigmund Romberg and Oscar Hammerstein (and performed on piano and guitar), one of only three instrumentals among the twelve. One must presume that Baiden plays all guitars throughout because no one else is credited, though he does have numerous other musicians working with him, providing drums, electric and upright bass, piano, percussion, keyboards, and several different singers providing lead and backing vocals, all outstanding, all track depending The tracks are grouped into two sets of six, like the two sides of an LP, and Baiden insists that they be listened to as “sides,” if you download this album there are only two tracks: side one and side two, which I personally think enforces a ridiculous requirement to listen to all six tracks on each side, no jumping forward, no jumping back for a repeat play of any track. Makes it kind of hard to review the album too, but I guess it is what it is; hopefully Baiden’s stubborn insistence will be changed if some radio station wants to play one of the songs without all the others on the same side. And there are some real standouts here too, “Love Turns Its Back,” side two opener “Destiny,” “Memory of You,” “Heaven Help Us” and the hard-rocker “Red Neck Rock and Roll” among them, plus many more. Comparisons that come to mind for me would be late 70s / early 80s Greg Kihn Band for the rock and power pop tunes, maybe Kevin Gilbert for some of the tunes featuring a lighter touch (especially opener “Back in Time”), and the instrumentals draw from all over the musical spectrum. For a lot of reasons, Suspension of Belief is an extremely strong opening salvo for Baiden.