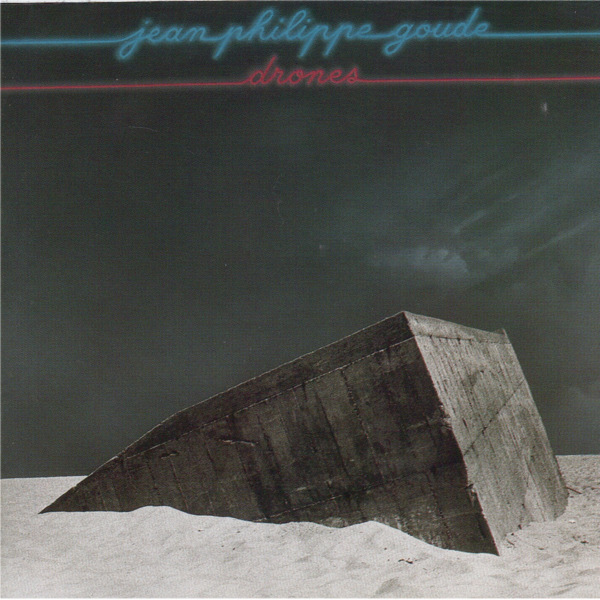 Here's a welcome reissue indeed! My old cassette of this has done a full tour of duty, I don't think it could've lasted another six months... which is to say, this is one you'll certainly want to play more than once or twice. Goude, of course, was a member of the legendary Magma spinoff band Weidorje in the late 70s, where he and Patrick Gauthier shared the keyboard duties. This album was recorded as Weidorje was winding down, and as such features most of the lineup of that band on several tracks, as well as members of Heldon and other outstanding French musicians of the day. The guest list for this album reads like a who's who of late 70s French rock - there are no less than 27 guests contributing here. The music is essentially a mix of solo-oriented keyboard pieces like "Coma" and "Duo," and more group oriented pieces that span the range of influences from neo-classical to jazz to throbbing zeuhl. "Tintinnabulum" is an eerie jazz-meets-neo-classical take on a vaguely recognizable melody; "Machine" uses a string quartet as a melodic foundation for synth musings by Goude and Pinhas; "Les Saturnales" is a energized three-piece workout between Paganotti, Goude and Rust, with vocal contributions by Klaus (and all this time I thought that pitch-bending was a problem with my tape!); "Trepidanse" is a playful piece for two dueling synth's over Sylvin Marc's bass and Manu Katche's drums. "Dies Irae" is a zeuhl scorcher featuring all the big names; it sounds like a track that could have been destined for a second Weidorje album. One bonus track, "Trio de Mini-Moogs" featuring Goude, Gauthier and Benoit Widemann taking turns soloing, closes the CD nicely. If there is any weakness here, it may be the album's lack of a uniform style, which may puzzle the listener at first, but shouldn't be a problem for the open minded. In all, an excellent and long overdue reissue. So now, could Gauthier's Bébé Godzilla be far behind?

Jean Philippe Goude played keyboards in Bernard Paganotti’s band Weidorje until 1979. At that time he recorded Drones and involved the various musicians he had worked with: Klaus Blasquiz, Bernard Paganotti, The Quatuor Margand, Richard Pinhas, Jean-Louis Rizet, Gerard Prevost, and Patrick Gauthier. This Musea reissue includes all 10 original tracks plus "Trio de Mini-Moogs" recorded during the same sessions but never released. Here is a quick run down of my impressions of the music. "Les Saturnales" — intelligent zeuhl-jazz with a great bass line and wordless scat singing very much like Zao. "Sicilienne" — classical synth harpsichord themes that bring to mind Elizabethan court music. "Machine" — quiet chamber music with Goude, Pinhas, and Rizet playing some gurgling synths. "Drôle d’Ere" — Laurent Thibault style jazz with some beautiful violin. "Coma" — experimental electronics and metallic clanging that evolves into a catchy melody. "Terpidanse" — sterile pop synth music popular in East Germany prior to the wall coming down. "Duo" — another Goude synth solo piece exploring counterpoint. "Dies Irae" — complex, intelligent zeuhl and King Crimson influenced music. "Tintinnabulum" — metallic synth intro that ends as excellent zeuhl jazz. "Cantilene" — post-classical piano and synth music reminding me of Liszt. "Trio de Mini-Moogs" — mediocre Moog noodling that did not deserve to be included. They made the correct decision back in 1979. Overall quite an interesting and varied album and one of the finest Musea reissues this year.