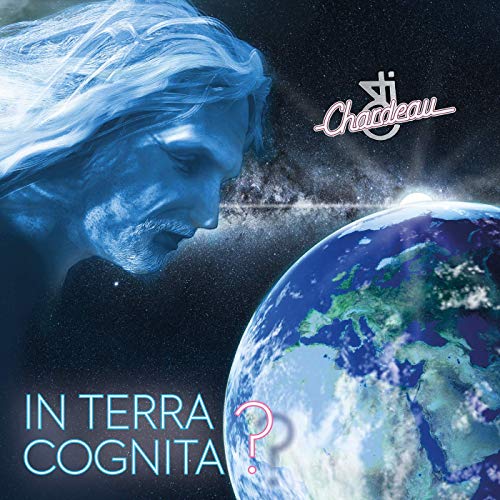 Chardeau’s latest project, In Terra Cognita?, is a dreamy musical journey around the globe, fifteen tracks featuring an astonishing number of top-flight musicians and singers, twenty years in the making, involving ten recording sessions throughout the United States, France, and the United Kingdom from 2017 through 2019, finally seeing completion in November 2019. Jean-Jacques Chardeau is a French composer, arranger, producer, keyboardist and singer, with about a dozen albums to his credit already; his music is eclectic, often eccentric, and doesn’t fit nicely into any single genre, but tends to be informed by many other styles throughout the album at hand, including rock, symphonic, pop, jazz, operatic, world music, and much more. What initially piqued my interest was the involvement of bassist Mark Andes, whom I’ve followed through his years with Spirit, Jo Jo Gunne, Firefall, and Heart, and indeed he is featured prominently on most of the tracks herein. But Andes is just one of many outstanding musicians contributing to In Terra Cognita? including violinist Jerry Goodman, guitarist Martin Barre, keyboardists Brian Auger and Francis Decamps, drummer Danny Seraphine (of Chicago), sax man John Helliwell of Supertramp, and many more world-class musicians, often a dozen or more playing on a single cut. Add to that many different singers we know well, most appearing on only a track or two: Alex Lighterwood, Michael Sadler, Christian Decamps, and many more. In addition, there are numerous world musicians that may only appear on a single track offering ethnic flutes, sitar, santoor, tuned percussion and more as Chardeau’s musical journet takes us from Moscow to India to Lhasa to Korea to Japan through the Pacific to Nunavut to Israel, Chad, Macchu Picchu, and more. It’s quite a journey, and one might be tempted to label this a rock opera, but it really isn’t that, even though we have orchestration on most of the tracks and a variety of singers, and an undeniable fact that no two cuts here sound like they are from the same album, it’s just Chardeau’s way of doing things, and on that note I would certainly call In Terra Cognita? a success.