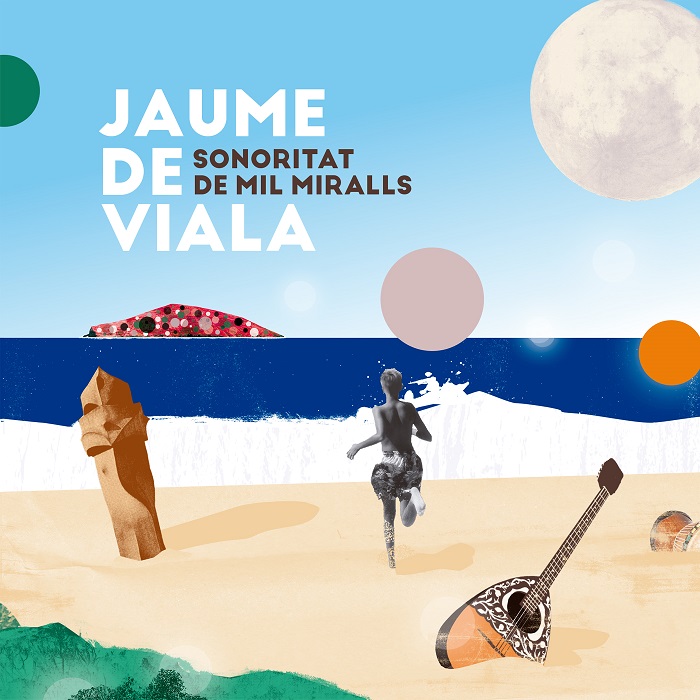 Somewhere back in the Catalan music timeline, there was a group called Celobert Màgic that existed from 1979 to 1983, though my research hasn’t been able to confirm if the group ever made any recordings as such. The bandleader of Celobert Màgic was Salvador Avià, who was the band’s main composer and lyricist during those years. The band’s guitarist was Jaume de Viala, who also composed and collaborated with Avià; the group’s singer was Judit Cucala, and one of the band’s two percussionists was Oriol Madurell, and all three are featured throughout the new album Sonoritat de Mil Miralls, with Avià making a guest appearance on bouzouki on one track, though his songs and lyrics from the old band are everywhere here among the album’s 22 tracks, all benefiting from reworked and updated arrangements from their folky original style to a powerful new progressive ethno-fusion. Also featured here prominently are keyboardists Alvaro Gandul and Vasil Hadžimanov, guitarist Dušan Jevtović, drummer Xavi Reija (the latter three from the Moonjune stable of artists), flutist Pablo Selnik, bassist David Marroquin, as well as additional players on saxes, clarinet, oud, piano, and percussion. Among the tracks herein is only a single cover tune, the George Gershwin cover “A Folly Day” (here translated into Catalan as “Un Dia Boirós”). Right out of the gate, Cucala’s voice shines bright on opener “Adéu, Tresors d’Estiu Perdut” while the rest of the group supports her with a superb jazz-based arrangements. Avià’s bouzouki appears on the second cut “Ombres de Lluna Creixent,” a magnificent tune that offers the first evidence of their ethnic fusion. Throughout the album most of the cuts clock in at a succinct three to four minutes, but that’s certainly enough time for all the instrumentalists to get a chance to shine amid the vocals, and there are a number of purely instrumental tunes as well. There are so many standouts across this set that it’s impossible to enumerate them all, but I will mention “Setembre Cristal-li al Fuji Nevat,” a brilliant instrumental piece that shifts through many themes over its short duration. All taken, this is one amazing album with pleasant surprises at every turn.