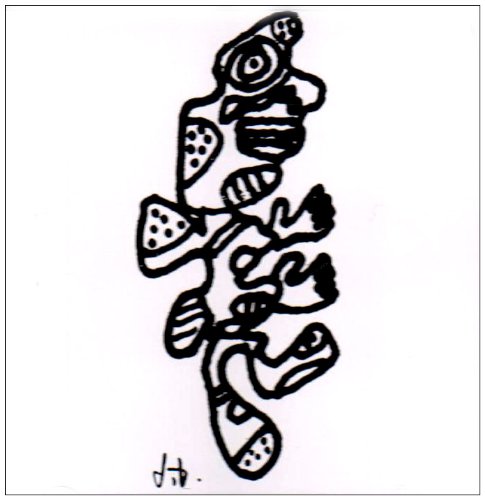 Mellotron fans take note. Unique and uncompromising music, this masterpiece of neo-classical avant-garde rock stands alone. Martz began composing "The Pillory" around 1976, assembling his 40 piece Neoteric Orchestra, taking it to recording sessions in Los Angeles shortly after. The project was interrupted as Martz joined Frank Zappa's touring group in mid '77, but things got back on track the following year, finishing up with sessions in Los Angeles, New York, and London. Among the 40 players are Zappa alumni Eddie Jobson (violin, synthesizer) and Ruth Underwood (marimba, concert bells, implemental percussion). Martz plays organ, Mellotron, synthesizer, grand piano, flute, sax, recorder, gongs, and numerous other things. Other names of note include Paul Whitehead (yes, the album cover artist — on percussion and bowed cymbal) and John Luttrelle (woodwinds, piano, synth). So much for the facts, on to the music. "The Pillory" is one forty-four minute piece composed of nine movements. The music defies any easy description, yet some comparisons might be in order. Imagine Glenn Branca's "Devil Choirs" meeting Univers Zero's Heresie in the mythical land of Mellotronia, injected with Stravinsky's "Rite of Spring," and sprinkled with elements of Stockhausen and Zappa. The music is haunting, almost frightening at times, like some pagan ritual, yet soothing and surreal, with overt dreamlike qualities. Vocals are used throughout some of the movements in wordless choral arrangements. All these dynamics work together to create a vision of awesome power, with elements of subtlety and extravagance, like a soundtrack to the passage to heaven or hell or both. This is challenging music, yet the hook of the ever-present Mellotron offers a degree of accessibility, and ultimately I think most would have no trouble appreciating it. As a bonus track, the twenty-plus minute "In Light in Dark in Between" has been added, a four part piece featuring Martz, Jobson, and Luttrelle only on piano, violin, and clarinet respectively. Most of this was released about twelve years ago on Eurock's American Music Compilation vinyl, although it was recorded in roughly the same time period as "The Pillory." Because of the smaller three-piece lineup and lack of Mellotron and orchestrals, the result is a far more stark neo-chamber sound in the Stravinsky vein, highly improvisational, and very unlike "The Pillory." Overall, a most welcome reissue, and the comprehensive liner notes, including photos and interview, round it all out nicely. Highly recommended.