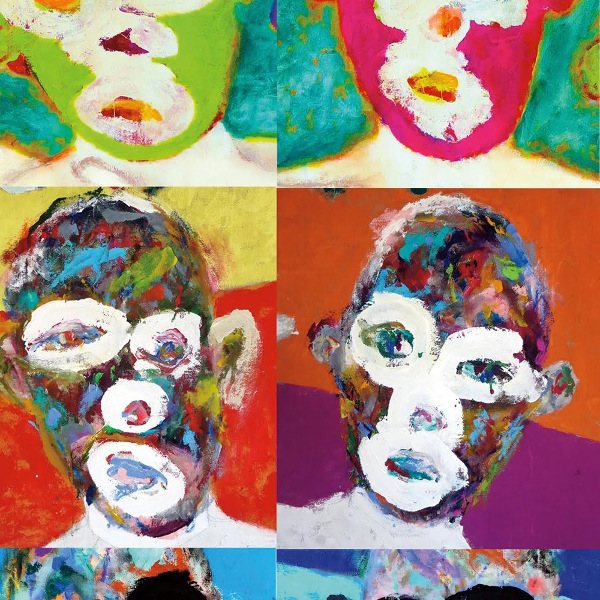 Composer Jasun Martz has had a career that defies categorization, refusing to reveal patterns or trends - if you could plot his musical works on some kind of stylistic graph, there would be no curve or smooth shape to be derived, just scattered points. But if you think beyond surface qualities, maybe there is a coherent pattern to be found. If you regard musical style as a kind of decoration that can be applied to some deeper core, a mere trapping and not the real substance, a kind of consistency emerges, a musical vision that can be translated into various languages. Or, to put it in tech-geek terms, it’s like a website where the appearance can be changed by swapping themes while the content remains the same. This box set covers the vast majority of his musical work, though piecing it together is a daunting task. The production of the physical artifact has been plagued with delays and shifting plans, the kind of thing that happens to an independent artist on an independent label, especially when they aim for such an ambitious goal. So let’s put aside any previous reports about what would be included in this 8CD set, and look at what is there. The individual discs are named Alchemy, Antithesis, Chroma, Corrosion, The Battle, The Pillory, Visions of Time, and Non-Finito, and they are arranged by theme rather than chronology. Non-Finito is a sampler of pieces appearing on other discs, and has already been reviewed on its own.

The 1978 work called “The Pillory” is also known as “Symphony No. 1,” and is present in its entirety as a single 42:26 track, and also in a 10:47 live version. In addition, there are two tracks labeled “Mellotron Outtakes and Rehearsal” of differing length, one of which seems to be an excerpt from the other. There’s also a five-minute track called “The Pillory” on the Corrosion CD which appears to be an excerpt from around the 30-minute mark of the full track, though the mix sounds different. For those who picked up the previous CD version back in the 90s, the bonus track, “In Light in Dark in Between” is present, though it’s split into three separate tracks on Chroma. For a description of the music of “The Pillory,” have a look at our previous review. 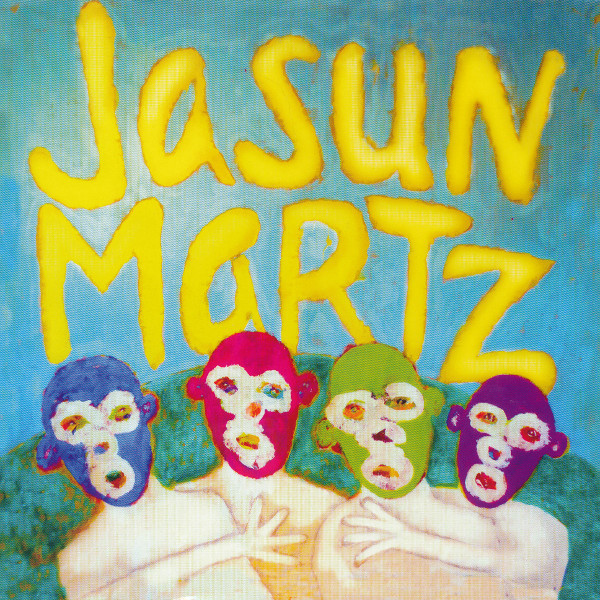 In the 80s, Martz recorded a number of poppish rock songs with clever lyrics and catchy melodies, which are collected on Antithesis. At times they are reminiscent of They Might Be Giants, Bill Nelson’s more straightforward work, Todd Rundgren’s work of the same time, and even Stewart Copeland’s Klark Kent recordings (remember those?). Aside from a 1982 single of “Won’t Let Me Go” b/w “The Flop,” none of this material has been previously released. I find these songs consistently engaging, balancing accessibility and quirkiness, and the one-man-band instrumentation actually adds to the charm. Interestingly enough, of the 24 songs, only six have more than one word in the title. This CD is the most fun in the collection, far from the challenging and serious nature of the bulk of Martz’s work.

“Symphony No. 2” was originally released as “The Battle,” and it too is present in a variety of forms. It was previously released as a double CD in 2005, with six movements on one CD and the seventh filling the entire second CD. We reviewed it when it came out, but I'll revisit it here since it's both a massive work and changed somewhat. For this release, there are four tracks: “Movement 1,” “Movements 2, 3, 4, 5,” “Movement 6,” and “Movement 7,” the last of which is on the Corrosion CD. These were originally called "Battle 1" through "Battle 7" and were split into individual tracks. There are also a number of parts scattered around the other discs (1, 4, 5, and 6), sometimes as excerpts, sometimes as entire tracks. Like “The Pillory,” it is a sprawling and varied work, parts of which are very quiet and minimalistic while other parts are noisy and chaotic. With a length greater than Mahler’s Third Symphony, digesting it is no easy task. It is a modernist work, featuring a wide palette of sounds, from keyboards and percussion to strings, woodwinds, and brass. Some sections feature sweeping melodies, others dive into clashing dissonant lines, and students of 20th Century composers might recognize similarities to Stravinsky, Ives, Bartok, Ligeti, Penderecki, Ginastera, and so on — though obviously none of them ever included a Mellotron in their arrangements.

I’ll call out “Movement 3” for special consideration, since it’s the section that rocks, with a drum kit, electric bass, and electric guitar. Tom-toms start it out with a pattern I hear as 10/8 (3+3+2+2), and that introduces the drum kit. The bass, guitar, and a violin bring in a climbing motif, and then there’s a flashy violin solo over a building rhythmic base, with keyboards added as it ramps up. Then there’s a great riff that they all play in unison. We then get a crazy synth solo backed by chanting — this is maybe a little reminiscent of Magma — all of which gradually increases in intensity until it explodes into the atonal chaos of “Movement 4” that gradually diminishes into scattered bits of noise. This section is truly spectacular. “Movement 5” starts out with seemingly random banging on cymbals and other percussion, then morphs into several minutes of eerie chords on pipe organ. “Movement 7” is over 40 minutes on its own (shortened from the 70 minutes on the original release), consisting of a long, slow buildup of droning tones and slowly cycling keyboard chords, rumbling noise, indistinct percussive sounds, and hard-to-identify sounds working into a long section that consists mostly of roaring noise. Then there’s a long fade-out to oblivion. This is some of the most abstract music you’ll hear, with very little content that’s recognizable as coming from instruments. 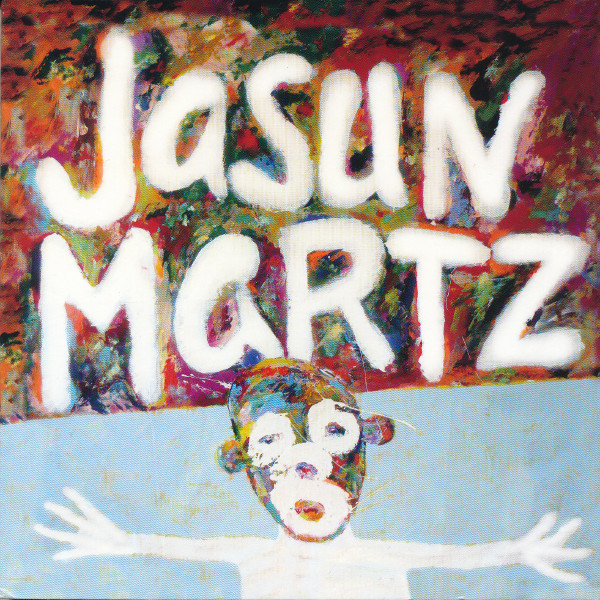 The CD called The Battle, in addition to part of the symphony of the same name, also features some shorter pieces of music produced mostly on keyboards and percussion. These short pieces are interesting and varied, challenging in their own ways, but not as daunting as “The Battle” itself.

Chroma is subtitled Keyboard Music, though other sound sources are involved. “Night,” for example, is a piece for pipe organ and choir. The previously mentioned “In Light in Dark in Between” is a playful bit of chamber music for piano (Martz), clarinet (John Luttrelle), and violin (Eddie Jobson). The three sections are separated and presented as tracks 2, 6, and 9. There is an excerpt from “Disintegration” which features prepared piano, pipe organ, voices, strings, and maybe a few other instruments that are hard to make out. It’s similar to parts of “The Battle.” “Lost and Found” is a piece for harmonium and percussion that was featured on the sampler. The CD is rounded out by some keyboard-oriented excerpts from the symphonies and “Light (For Piano),” which actually features strings in addition to the piano, a moody and meditative piece of music.

Alchemy covers Orchestral Music, and starts with “Light,” a longer, piano-free version of the piece from Chroma. “The Victory Fanfare (All Hail Victory)” is heavy on brass and percussion, though it does feature a quiet middle section with woodwinds and piano. There’s an orchestral arrangement of “In Light,” and another excerpt from “Disintegration,” this one heavy on the choir and percussion, at times reminiscent of Orff’s Carmina Burana. I don’t know where this 19-minute section falls in the complete work, but it encompasses several sections as diverse as those found in his other large-scale pieces. The other new works on this CD are “Young,” a relatively consonant and melodic piece, and “The Beginning,” a brief, sprightly composition that would work as music for the opening credits of a movie. There’s also a live version of “The Victory Fanfare” which departs dramatically from the original, adding sampled voices in several languages. 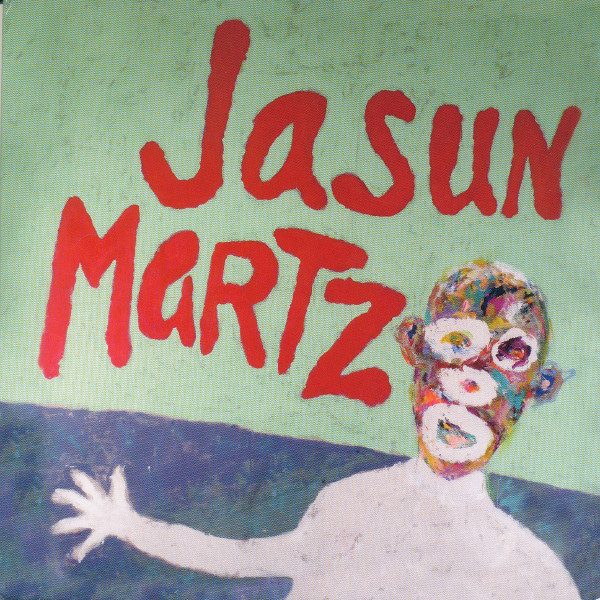 The CD called Corrosion covers Noise, Soundscapes, Cacophony, and five of the eight tracks are excerpts from “The Pillory” and “The Battle,” featuring some of the more abstract portions of those works. There’s another excerpt from “Disintegration” as well, a relatively short piece that involves cacophanous percussion and rumbling noise. The other two new pieces are “Dubuffet,” which features chaotic metallic sounds and what sounds like keening Tibetan horns. These sounds give way to what sounds like an argument between several percussionists who use their instruments to try shouting over each other. It finishes with “Erosion.” This sounds very much like one of the more chaotic sections of “The Pillory,” with a massive number of instruments all improvising wildly.

The original plan was for the box set to include Martz’s Third Symphony, "Disintegration," but it was not ready in time, so Visions of Time was added to fill out the eighth slot in in the package. This is a collection of 60s recordings featuring a teenaged Martz on drums with his band American Zoo (AKA We the People). This collection was released a few years ago on the Guerssen label, and has been reviewed previously.

If you’ve stuck with my review this long, chances are you have the musical stamina to appreciate Solo Exhibition. I wouldn’t recommend listening to it in its entirety all at once, but it’s a monumental testament to the singular musical vision of Jasun Martz. Given the diversity of sounds presented, it’s unlikely many listeners will love it all, but anyone with an interest in ambitious avant-garde composition will find much of interest here. I can’t help thinking that some of the “symphonic” works would be very interesting to hear actually performed live by a symphony orchestra (augmented by keyboards and whatever else Martz included), though that seems highly unlikely to ever occur. Listening to Solo Exhibition is like going to a museum showing paintings by an artist you’re vaguely familiar with, then finding eight floors of galleries filled with works from all phases of his career.