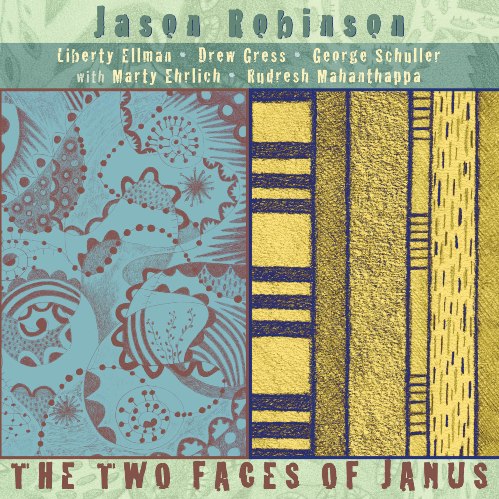 Over the last few decades, the main stream jazz has stagnated, become so codified that real creativity is virtually ruled out. It's hard to imagine Charles Mingus or Miles Davis fitting in with what passes for jazz these days, and rebels like Ornette Coleman or George Russell are right out — though to be sure, much of the more rebellious jazz was always a fringe proposition. Saxophonist Jason Robinson steers more towards that fringe than the mainstream — the average Wynton Marsalis fan would probably run fearfully from the room if this band took the stage. Some of the standard elements of jazz are present (swinging grooves, heads and solos, and so on), but they're mixed up with some elements from free jazz and avant-garde that don't fit comfortably in a cocktail lounge. Guitarist Liberty Ellman is one source of interest here, with his straddling between classic jazz sounds and more adventurous explorations. The sax players also venture outside the smoother reaches of their instruments. This is music that can kick your butt even without a wall of amplified instruments. The players walk the line between free expression and coordinating with each other in an inspiring way. Energy levels range from sparse and moody to wild and thrashing. It's really a testament to the players' skill and taste that you can have three saxes improvising at the same time, and it doesn't sound like total chaos — just partial chaos of an enjoyable kind. It's an outstanding effort all around. Kudos to all involved: sax players Jason Robinson, Rudresh Mahanthappa, and Marty Ellman; and the rhythm section of guitarist Liberty Ellman, bassist Drew Gress, and drummer George Schuller.