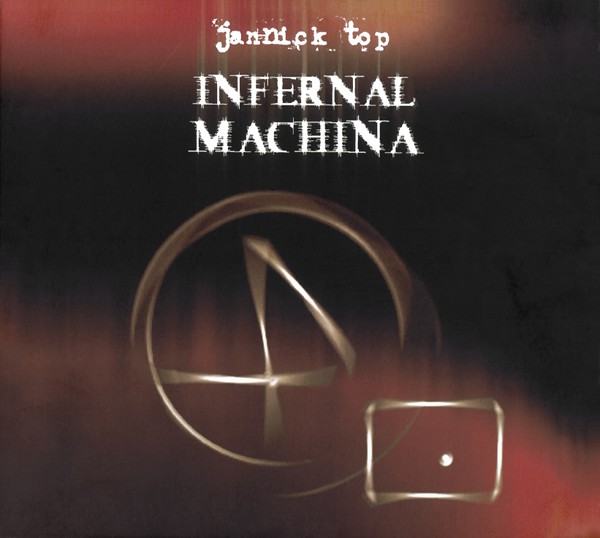 Jannick Top will be known to most readers as one of the most bad-assed, brutal, and intense bass players alive, and a major creative force within Magma at two different points during the 1970s. He, more than any other is responsible for that heavy growling bottom end bass attack that has became integral with the “zeuhl” sound, best exemplified on the jaw-dropping “De Futura,” which occupied the entire second side of Magma’s Udu Wudu album. If one liked that savage, heavy bottom end riffing with accelerando, there’s plenty of that to be found here, some even seemingly appropriated from that classic side. But there’s a lot more to this than just a recap of past glories, and it’s the newer ideas that Top has grafted into this twelve-part hour-long composition that make it so special. Along with drums, percussion, grand piano, cello, guitars, and numerous lead and backing voices, this epic begins to take shape right at the outset, and builds through numerous evolutionary steps throughout its duration. Several from the Magma camp are on hand, including Christian Vander, Klaus and guitarist James McGaw, but throughout there’s no mistaking that this composition is Top’s baby entirely, and although it does encompass some of the spiritual and harmonic aspects of his old band, it seems to be equally informed by various eastern European and world influences, especially in the vocal department. This is about as good as it gets.