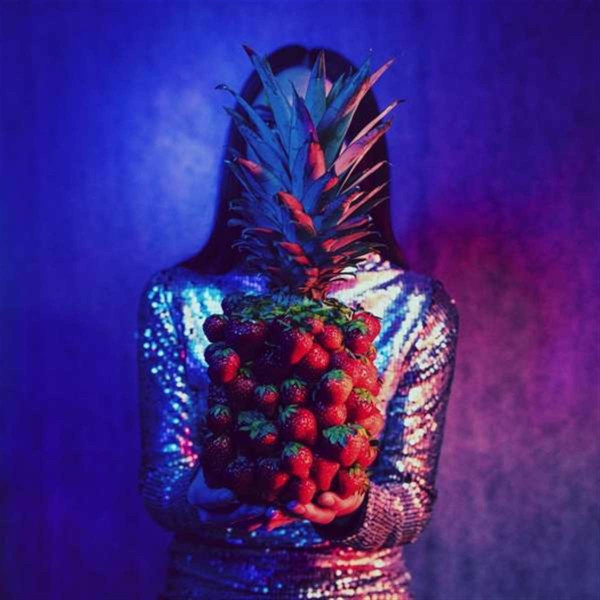 I’ve been seeing Jane Getter’s name around for many years, but Anomalia is the first of her albums as leader that I’ve heard. It’s a great entry into the arena of rock that dips a bit into fusion but doesn’t stay there. The concise tracks (only two top six minutes) mix instrumental pieces with vocal songs, and are all good, with enough range to keep things interesting. Her Premonition band is a real cream-of-the-crop crew: Chad Wackerman (drums), Stu Hamm (bass), and Adam Holzman (keyboards), although Holzman is the only one to appear on every track — Gene Lake and Mark Egan sub in for Wackerman and Hamm respectively on three tracks. A number of illustrious guests are also on hand with vocals (Randy McStine, Chanda Rule) and extra guitar (Alex Skolnick, Vernon Reid). The compositions at times remind me of Jeff Beck’s classic 70s albums like Wired in the instrumental parts, and touches of Mike Keneally’s work in the vocal songs. Anomalia kicks off with the instrumental “Kryptone,” a rocker with some prominent organ and synthesizer in addition to guitar from both Getter and Skolnick. It could almost be Jeff Beck trading licks with Jan Hammer. “Lessons Learned” is the first vocal track, and Getter handles the singing well. Randy McStine comes along to sing “Dissembler,” which has a great arrangement involving arpeggios on keyboards and guitar while a precise rhythmic pattern on bass, drums, and guitar gives a hint of Living Colour — or is it just because Vernon Reid is in the mix? “Alien Refugee” brings in acoustic guitar and a flute-like keyboard for a touching portrait of a woman forced to leave her homeland by violent conflict. The album finishes off with a short piece for solo acoustic guitar called “Safe House,” and here too Getter proves herself a guitarist worthy of note. Anomalia is chock full of great tunes played exceptionally well, and should please both fans of good guitar work as well as those looking for solid songwriting.