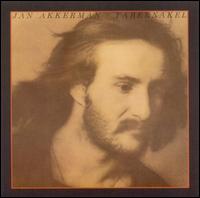 In Focus, Jan Akkerman was one of the most interesting and distinctive rock guitarists of the 70s, and with this solo album, originally released in 1973, he showed an amazing range. Six of the ten tracks are performances of Renaissance pieces for solo lute (by Dowland, Morley, Holborne, and others), and Akkerman plays them with great flair and energy. The other tracks range from slightly rocked-up orchestrations of lute pieces (“Britannia by John Dowland”) to revised versions of Focus tunes (“House of the King” featuring Tim Bogert and Carmine Appice) to full-on progressive epic of “Lammy”, a multipart suite for lute and guitar (acoustic and electric) with small orchestra, choir, rhythm section, and harpsichord. Akkerman’s partner for the bulk of the album is George Flynn, responsible for keyboards, orchestrations, conducting, and co-arranging. There is some truly stellar playing here, such as the acoustic guitar workout on “Javeh” backed by harpsichord and chamber orchestra, in a decidedly non-Renaissance style, which provides a foreshadowing of “Lammy” to come. The suite starts with a distorted organ trading chords with a choir, then moves into an atmospheric section that builds into a jam with a sitar-like guitar solo. Other sections follow, recapping earlier ideas and breaking new ground, making for fourteen minutes of wonderfully inventive music. While the music is in general pretty serious, the lightness of the solo lute pieces offsets the bombast of the choral sections perfectly. It’s great to see this old favorite available on CD – it’s truly a gem.