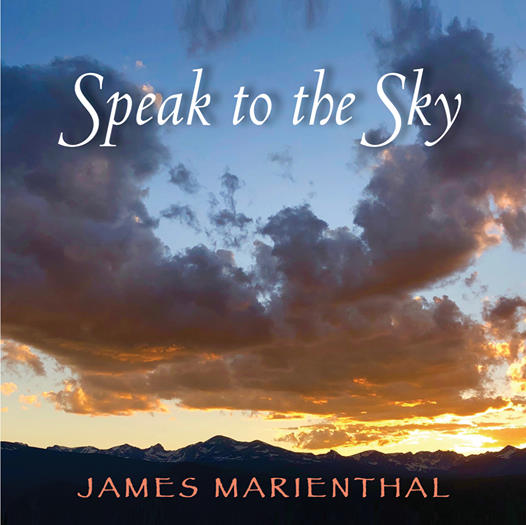 James Marienthal founded Colorado based Silver Wave records nearly thirty-five years ago in 1986 as an outlet for contemporary Native American, world, and new age music. With over 60 releases over the ensuing years, their artist roster includes Peter Kater, R. Carlos Nakai, Joanne Shenandoah, Mary Youngblood, Robert Mirabal, and many more. For many, “new age” is a suspect genre label to begin with, created by lazy music merchants in the 80s as a dumping ground for any style that was outside the boundaries of mainstream rock, pop, jazz and classical. Hence, with my eclectic musical tastes, it was the first section I headed to in any music store back in the day to find releases by Mike Oldfield, Ancient Future, Steve Roach, Pekka Pohjola, Do’a, Nightnoise, Michael Hedges, Robert Rich, and many other artists, all of whom were too outside the box (or at least the record merchants thought) to be filed anywhere else in the store. Surprisingly, for Marienthal, a master of the Native American flute and numerous other instruments, Speak to the Sky is the first release that bears his name, although an earlier release Alive inside the Tank credited to ‘Mysteries of the Night’ is essentially Marienthal and vocalist / percussionist Sarah Gibbons recording inside an empty cistern near Rangely, Colorado, now converted to a sound studio. Parts of the album at hand were recorded at the tank also, others at Subterranean Studios. The album opens with “First Breath,” which is pretty much a solo piece for Native American flutes, though all of the reverb from the recording environment acts as an instrument in itself, enhanced by a second flute overdub and breathing sounds as it proceeds. The second track, “Wondering Who,” introduces vocalist Arwen Ek, who sings wordless voice on several of the album’s eight tracks. The overall effect on the listener is one of introspection, solitude, and meditation, as voices and flutes float freely in a world of ambient reverberation. The title track comes next, and adds effected lap steel and what seem like droning synths to the mix, played by recording engineer Tom Wasinger. Later tracks include 12 string guitar, shakers, rattles, piano, and freenote xylophone although on any given cut there are never more than a few instruments, leaving the sound sparse and very open. Most listeners (self included) will probably find it a challenge to make it all the way through Speak to the Sky without getting a bit sleepy, but I guess that’s the point of it all.