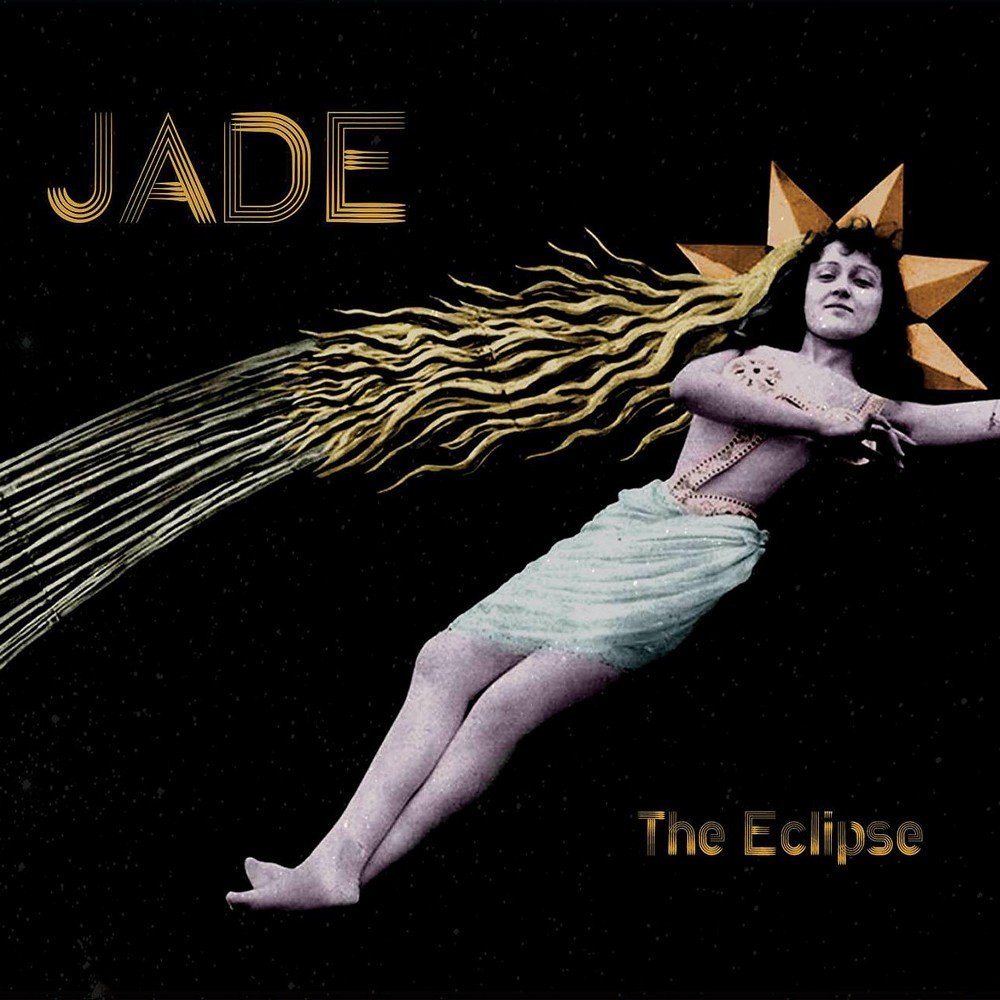 Seems like only yesterday, but actually it was seventeen years ago that this band released their first album, Jazz Afro Design Electric. The key players on The Eclipse, their second album, are much the same as then: bassist Bernard Brand and guitarist Olivier Frèche comprise the nucleus of the trio – only drummer Charlie Davot has replaced the band’s original drummer in the current edition. One might ask what happened to all those years? Frèche was a member of Hyperion during the interim, and Brand was a member of Arita – both bands had releases, but for whatever reason, they decided to regroup JADE and give it another go. On the first six cuts (of seven total), there is no doubt some mid-70s and 80s Crimson worship going on, but one hears JADE’s own brand of aggressive playing going down between the three players. It’s instrumental, but completely free-wheeling and intense, burning power thrash, driving rhythm without a lot of excessive soloing, and occasional hints of a 60s bluesy sound, tripped up in psychedelic mayhem. One might be occasionally reminded of the band Xaal, though there’s not a lot of zeuhl influence coming through it all here, more the pure intensity, with drummer Davot driving a tom-heavy style, a primitive throb that runs well outside the rock mainstream, but it compliments their music well. Keyboard player Pierre Alain Goualch joins the trio on several cuts, enhancing their sound, and on the later cuts things get quite experimental when trumpeter Hervé Collignon joins in the fun. Up until track 6 this is a completely instrumental endeavor, and all the better for it, but on the closer “Voyage d’un fumeur d’opium” they bring in rapper Mike Ladd to ruin an otherwise excellent album. What were they thinking? Oh well. Hit the stop button after track six.