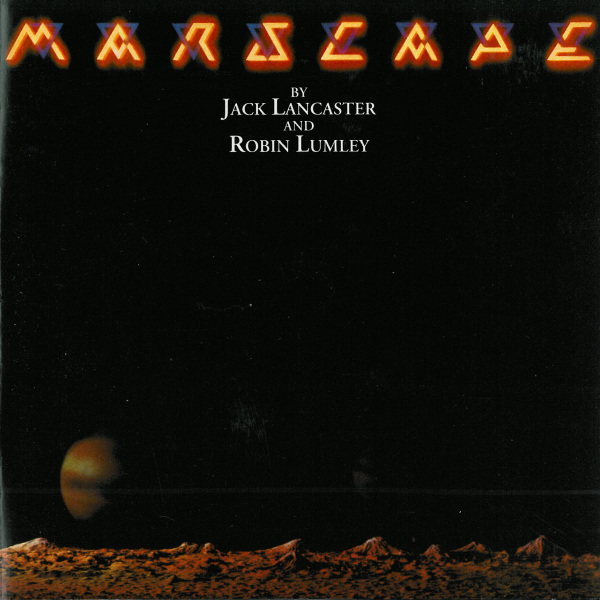 Lancaster is the former sax player in Blodwyn Pig, but this album is better-known for its side-players: Robin Lumley, John Goodsall, Percy Jones, Phil Collins, Morris Pert... in short, Brand X! Fans of Brand X actively search out this album expecting a pre-Brand X Brand X album. Well, yes and no. One can certainly hear the Brand X style in embryonic form on some songs, but we must remember, this is really Lancaster's show. Lancaster primarily plays sax, but he also plays a lot of Lyricon, an early wind synthesizer. Sometimes, it's hard to tell which synth lines were played by Lumley or Lancaster, although others have a definite "reedy" quality to their sound (i.e., you can tell by the phrasing that the notes came out of a wind instrument and not a keyboard). Other guest appearances include Penguin Cafe Orchestra mainstay Simon Jeffes on koto, while vocalist Bernie Frost graces some songs with his eerie falsetto, though none of the songs has any lyrics. The songs fall into two distinct categories: 1) Soft and atmospheric with gentle melodies expressed on sax/Lyricon/flute backed by Lumley's keyboards (usually piano) and 2) Jazz-fusion somewhat in the Mahavishnu mold with prominent sax and energetic rock backing. The latter passages are those which will be of greatest interest to Brand X fans, Percy Jones' distinctive bass playing being most prominent. One can't help but wonder if the program music on this album was perhaps originally intended to be a soundtrack of some sort. Worth getting if you know what to expect.