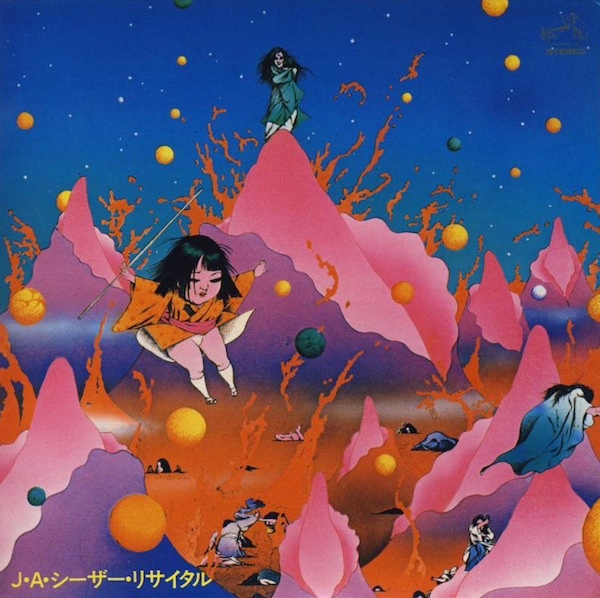 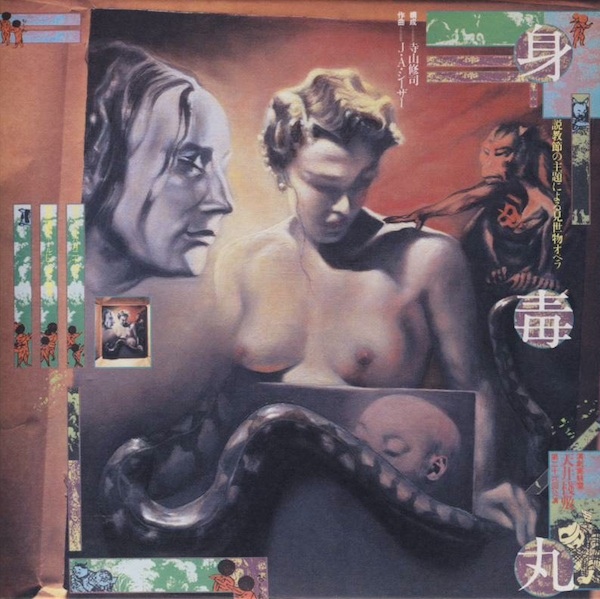 J.A. Caesar — this is obviously not his real name — has been an enigmatic figure in Japanese rock and avant-garde music dating back to the early 70s. His music is impossible to categorize, each record being a radical departure from the previous, and up until earlier this year his records were impossible to find. These two albums, just reissued by Belle Antique, are very different from each other.

Kokkyou Junreika is clearly a product of the early 70s, the flavor is hard prog-rock mixed with psych, sort of a crude late-60s sort of production, and very unusual vocals. Since no credits are given in English, I can't be sure, but it sounds like we have a basic four-piece of guitar, bass, drums, and organ, with added percussion, along with a number of vocalists (lead male plus two or more female backing). The psychedelic rock basics are combined with a certain amount of role-playing on the part of the vocalists — a combination of near-operatic singing and spoken / shouted parts. The overall effect is powerful, albeit a little unrefined on the production side.

Eight years later, Shintokumaru exhibits far more refinement; that raw underground rock style has given way to a far more serious and theatrical style — in fact one is led to believe (based on booklet photos and overall feel of the music and dialog) that this is the musical score for a theatrical production of some type. Instrumentation involves some traditional Japanese instruments (biwa, shamisen, etc.) as well as rock instruments, and in general is very sparse, sometimes reminding of the first couple albums by Osamu Kitajima. Still a lot of spoken and operatic parts, hooting, shouting, and regular outbursts of great driving rock with searing guitar and violin. The heavy arpeggiated choral parts might even remind the listener of Magma at times. This is certainly an interesting listen, yet unless the listener is Japanese-fluent, one doesn't have a clue as to what's going on. Indeed this is one time when some information in the booklet, in English would have been helpful; still, it's great to finally be able to hear these obscure early Japanese artifacts.