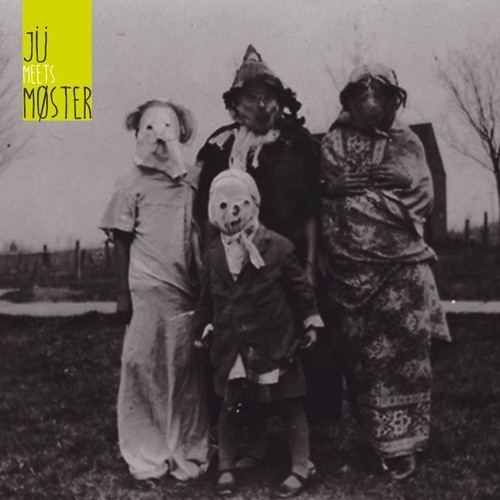 To be honest, before this CD arrived, I'd never heard of Kjetil Møster or Jü, but the intersection of noisy guitars and outside sax playing is something that interests me greatly, so I had high hopes. These hopes were not in vain. First up is "Dear Johann," which starts with sax and drums in a stuttery mid-tempo improvisation that gradually builds. Two minutes in, the guitar and bass sneak in, ramping up the intensity to a screaming Mahavishnu-like riff that morphs into a sort of Hendrix/Cream style backing for guitarist Àdàm Meszáros to go nuts with. This is sweet stuff, rather along the lines of Raoul Björkenheim's Ecstasy reviewed a few months back. "Bhajan" starts out with a meditative mood, but wanders through much territory, with an insistent 5/4 groove from bassist Ernö Hock backing much of its length. Drummer András Halmos has a knack for coming up with patterns that defy simple coherence to the odd meter, but mesh perfectly with the bass. With the third track we get a different sort of sound: clean guitar tones reminiscent of Bill Frisell combined with odd breathy noises from Møster (bari sax, or possibly bass clarinet). Bass and drums provide sparse accompaniment for this floating mood. Five minutes in, a slow melody appears, with masterful coordination between the sax, guitar, and bass, implying the blues without actually playing a blues form. Subsequent tracks return to the energetic, noisier side of the band. One thing that is really clear from listening is that this is a true collaboration — each player has contributed to the whole, and while an individual melody or idea could be attributed to one person, no one has told the others what to play. Sometimes this takes the form of improvisation, but other times it's more like composition by concensus. Jü Meets Møster is a recording that sounds better every time I listen to it, and certainly whets my interest in investigating other recordings by those involved.