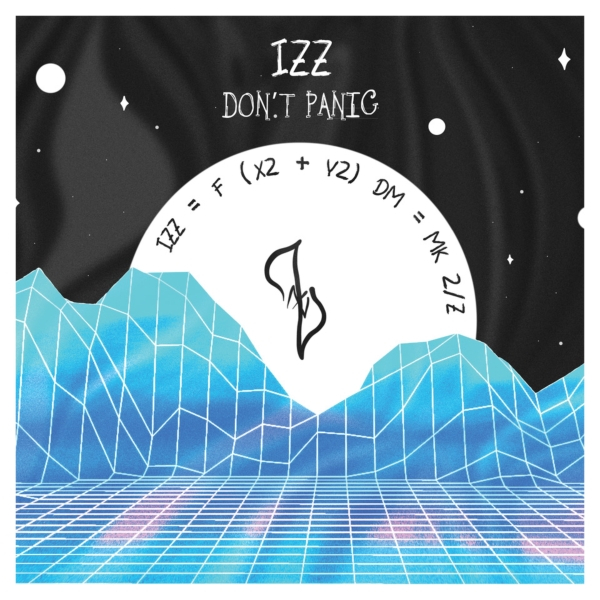 It’s been many years since I’ve heard anything new by IZZ, maybe their second album I Move, but they’ve been busy releasing numerous albums in the interim while I haven’t been paying attention, and this latest release Don’t Panic is solid evidence that the band is now more accomplished than ever, and amazingly it’s pretty much the same players now as way back then, which confirms the notion that a band that stays together over the long haul with little turnover can make amazing strides forward. The only difference now is that female singers Laura Meade and Anmarie Byrnes are both integral elements of the band’s sound and featured on nearly every track with vocals, harmonizing splendidly. That may have been true for some time, but on the early recordings the two were only featured on this track or that. Still the power behind IZZ is the instrumentalists: keyboardist / singer Tom Galgano, bassist, guitarist, and pretty much master of all things strings John Galgano, guitarist Paul Bremner, and drummers Brian Coralian and Greg Dimiceli. That’s seven members, and all of the compositions (save one – a guitar interlude) are group written pieces, very complex and ambitious in a totally satisfying way, one that straddles many lines borrowing ideas from symphonic prog styles (I am often reminded of classic-period Yes), new-school fusion (things Zappa might have considered in his more serious moments), blasts of brilliant mutant pop, and neo-classical elements here and there. The centerpiece of the album is the 18+ minute song cycle “42,” which after reading through the lyrics several times I have to admit I still have no idea what it’s about, but it works superbly, and the refrain “...42 he causes 55…” is one of those things that gets stuck in your head and pops up in your memory days later. The opening title track is another powerful symphonic rocker with great harmonies and memorable refrain, recapped again later in the album on “Age of Stars.” Paul Bremner’s solo piece “Six String Theory” is barely two minutes in length, but comes at just the right point in the program where an acoustic guitar interlude hits the spot. Closer “Endless Calling” is another piece reminiscent of classic Yes or perhaps even 5uu’s or Thinking Plague, a twisted and angular slab of mysterious rocking lunacy that ends the album on a powerful note, unless one chooses to hit the repeat button for another spin.