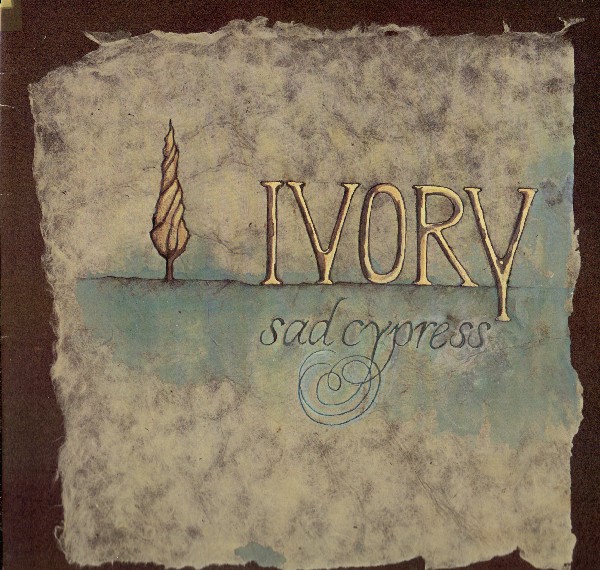 Ivory was an obscure German band that recorded and released this album in 1979. What made Ivory unique was their leader Ulrich Sommerlatte, a 65 year old musician! At the ripe old age of 22 Ulrich was the conductor of the Hanover Symphony Orchestra and then later worked as an arranger of orchestral music for soundtracks and radio broadcasts. In the early 70s Ulrich fell in love with English progressive rock. Being impressed by the younger generation's talent, enthusiasm, and idealism Ulrich felt the urge to perform in a rock band, so Ivory was born. Ivory consisted of two keyboards, two guitars, bass, flute, and drums. Sad Cypress is a remarkable album brimming with lush, symphonic, and intricate compositions. The English vocals are competently performed by Christian Mayer who sounds remarkably like Peter Gabriel. While strongly influenced by Genesis, Ivory does stand on its own. Besides the five songs on the original release Ulrich and Musea included four bonus songs recorded in the mid 80s. The bonus tracks, while not as rich and full as their earlier work due to a scaled down band (keyboards, guitars, and drums), are strong and extend musically beyond the original five. Unfortunately being only a studio band, Ivory had trouble attracting a label. Eventually the Jupiter label released the album in 1980. Some members were dissatisfied with the album's release and poor distribution while others wished to play gigs to earn extra money. These conflicting desires resulted in Ivory disbanding. Luckily for us Musea saved this excellent album from obscurity.