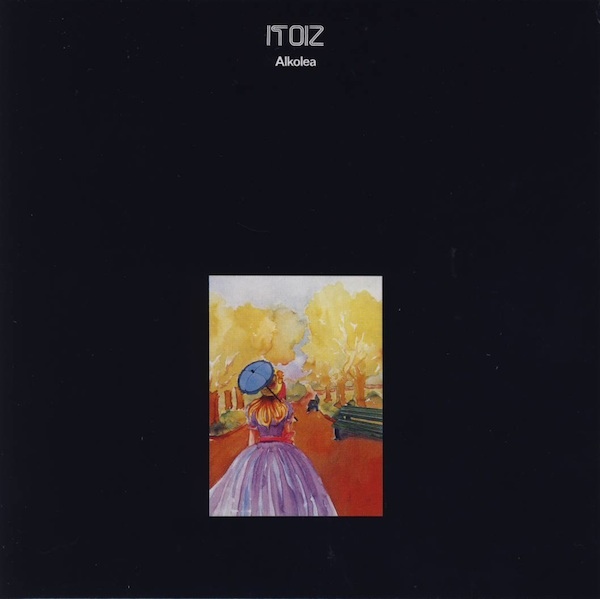 As you may recall, the first self-titled Itoiz album was more of a progressive rocker, while the second Ezekiel could best be described as a rich blend of electric folk. On their third album Alkolea, they seem to have succeeded in covering both bases some new territory as well. They remain a seven-piece, with acoustic and electric guitars, bass, keys, drums, sax, mandolin, and vocals. The album opener, "Beheko Plaza," could have fit nicely on the second album, an electrified folk tune with a stylish sax solo, while the eight and-a-half minute follow up, "Hire Bideak," pulls out a more progressive rock style, reminiscent of the first album, with fiery guitar solos everywhere, and a higher profile for electric piano. Most of the album's other tracks fall somewhere between these first two. Bring on the mandolins for "Ixilik Egon Hadi...Ixilik!" — a happy and festive folk tune with a catchy melody, perhaps intended for single release, although the Bee-Gees style harmonies might annoy some. "Marilyn: Sagardotegia eta Jazzmana" is a definite exception, a kind of commercial sounding jazz-pop song that does little to support the balance of the music here. In summary, though, this album is definitely complimentary to its predecessors, and should be a good bet for those looking for tasty electric folk rock — this one turns out to be a real treat.