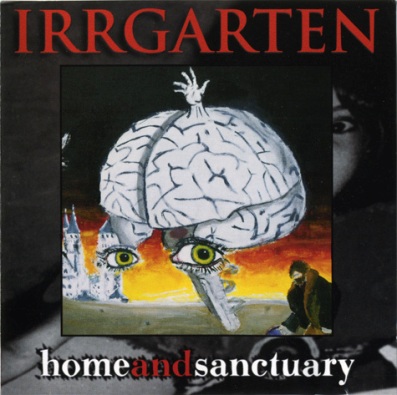 Irrgarten is part of the new wave of Québec prog that surfaced in the 90s, and will be familiar to those who attended ProgEst 1997, where they were one of the eight bands performing. This is their only album to date, and shows them playing a conventional neo-progressive style with some occasional harder moments coming from guitarist Jacques Côté. Genesis and Marillion are the main influences here, particularly the latter from whom there is some direct quoting. Vocalist Michel Dek sings in a style similar to that of Fish, but with a more nasal (and sometimes whiny) quality. Without a regular bassist and with frequently plodding drumming, the music has difficulty sustaining intensity over prolonged periods. In addition, the lyrics are all in English, which isn't the band's strong suit. Despite the flaws, there is some promise here. Guest Steve Mercier contributes some nice parts on piano and other keys, there is some tasty sax work on the multi-part "Closed Garden" and the music accumulates an acute sense of mood and melodrama in places. With some changes, perhaps a move to French for one, Irrgarten could amount to something yet.