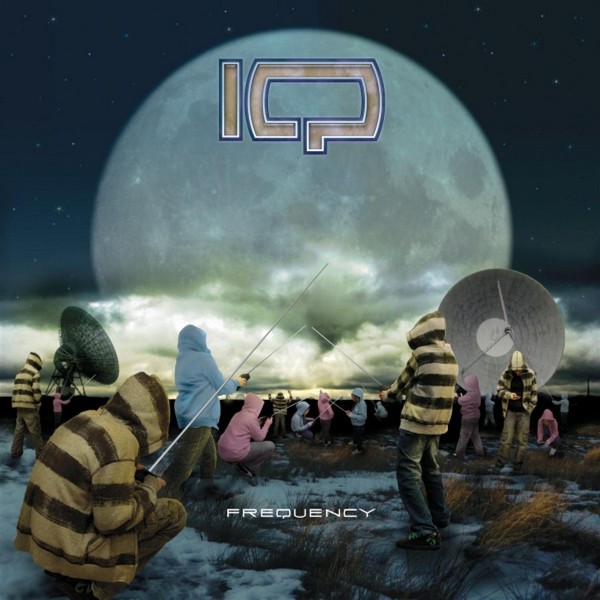 Frequency is an important IQ album, since it’s the first time two new band members were on board since the early 90s. But rather than propel their sound forward, as they did with 1993’s Ever, this release finds IQ on mostly familiar ground. Despite the replacement of Martin Orford by Mark Westworth, the keyboards haven’t changed much, with that same blend of vintage sounds (Mellotron and analog synths) plus modern digital keyboards and sampling. Westworth does bring a few new tricks with him, though I sense his job was to provide continuity rather than shake things up. Drummer Andy Edwards likewise maintains a rock steady style that — along with bassist John Jowitt — gives the album a firm rhythmic foundation without drawing undo attention to itself. That leaves plenty of room for Mike Holmes’ evocative and dynamic guitar work and Peter Nicholl’s somewhat hoary singing and idiosyncratic lyrics. The seven tracks on Frequency — most long-ish and a couple breaking the 10 minute mark — will please IQ fans looking for more of what this band does well: create dramatic and stirring progressive rock with plenty of bite in the keys and guitar welded to Nicholl’s in-your-face vocals. To my ears there’s little new ground being broken, which is a shame for a band of this caliber, though given the lineup changes I’m content with the results. Plus the package includes a DVD featuring almost an entire concert shot in Holland in late 2007. It’s always enjoyable to watch IQ do their stuff live, and this production is no exception, as the band work through a set list largely drawn from 2004’s Dark Matter, with a few oldies mixed in and even a couple new songs. All in all there’s no reason fans shouldn’t add this one to their collections, though I’m hoping for better things next time.