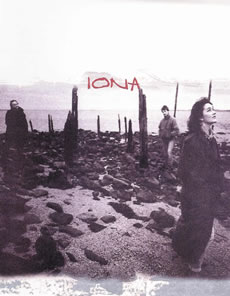 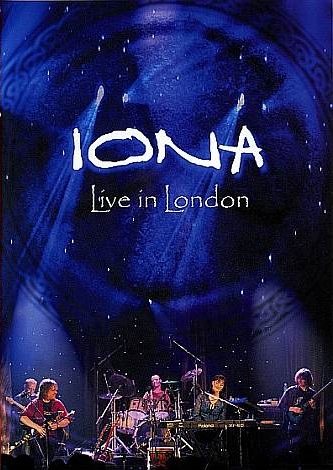 Celtic prog band Iona are back in a big way, not only with their recent studio release, The Circling Hour, but also with two new DVDs. This is a great set both for fans and those new to the band as it documents Iona in their early days as well as up to the present. The first and older of the two DVDs was released in 1990, concurrently with The Book of Kells, Iona's second album. At 30 minutes it's a bit short; it was probably originally intended as a television program. The material switches between the group performing songs from the first two albums before a live audience, and interviews filmed on the island of Iona itself, plus footage of the band tromping around a la Pink Floyd Live at Pompeii. The focus of the interviews is both personal histories with the band, but moreover their personal connection with Iona and the Christian themes behind it. This part of the video may bother some, though given Iona's intense spiritual focus on their early records it's no surprise. The good news is that the musical performances are so good and the scenery of Iona so starkly beautiful that the religious musings of what were then a young and earnest group can be forgiven.

Live in London is literally that: Iona in performance at The University of London in 2004. They play two sets, the first a short unplugged selection that showcases Troy Donnockley's mastery of myriad flutes, pipes, acoustic stringed instruments, etc. as well as the band's folkier, more traditionally "Celtic" flavored music. The other half of DVD number one consists of lengthy interviews with each band member. Besides insights into Joanna Hogg's recent decision to take time off to have two kids, what comes through loud and clear is Iona's collective desire to distance themselves from the ardent Christian philosophizing that was so prevalent in their early albums (and so evident on the earlier DVD). DVD number two is the main concert performance, spanning Iona's entire history, though leaning on selections from their two most recent albums. The camera work is terrific throughout with minimal video effects or distractions (though the cameraman should have realized that Joanna Hogg's huge microphone muffler was covering half of her face at times.) I've always been impressed by this group's musicianship, but seeing them tear through songs like "Woven Cord" and "Castlerigg/Reels" is something to behold and sure to convert anyone into an instant fan. This is aided by a gloriously clean and full 5.1 Dolby stereo mix that gets you surprisingly close to the music. It's great to have Iona back in service and with this set of DVDs now everyone can get an idea of what all the fuss is about. If only they'd come play the States...