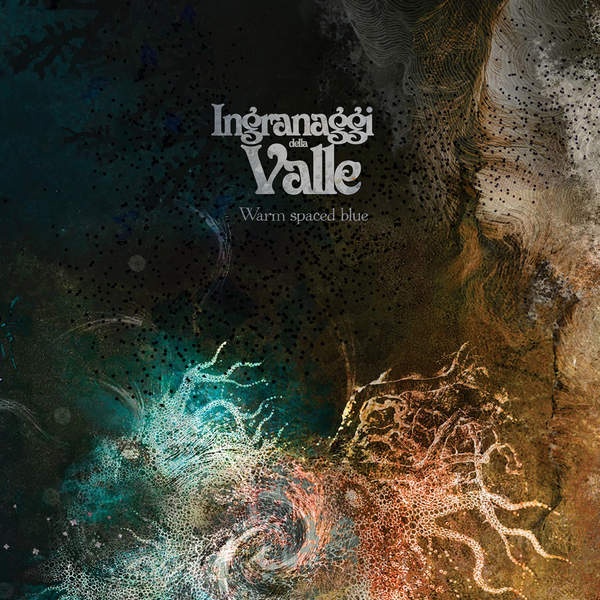 Warm Spaced Blue is the second release by Ingranaggi della Valle. Whereas their 2013 debut release In Hoc Signo had its roots in 70s Italian prog, the band decided to go in an entirely different direction with Warm Spaced Blue. The whole tone of the album is quite dark with obvious references to HP Lovecraft’s Chtulhu Mythos. The band used a different compositional method from their debut by letting the music dominate over the instruments, with each band member contributing. Each of the six compositions has a similar shape with an intro, crescendos, diminuendos, quiet interludes, and energetic passages that revolve around central themes. Even though there are intermittent short vocal passages, each track is essentially an instrumental played on a wide range of instruments from Mellotrons, Moogs, Hammond organ, guitars, flute, glockenspiel, and violin to Roland drum machines, Akai MPC, and Kaoss Pad. Ingranaggi della Valle integrate the gothic horror of the gibbering and slathering chaotic minions in Chtulhu's underwater city R’lyeh with progressive jazz rock fusion, chamber rock, and a hint of Frippian King Crimson chord progressions and dissonance. Each composition goes through so many changes that you won’t lose interest. Three of the tracks are different movements for “Call of Chtulhu,” that sets the tone. The other tracks are “Inntal,” an Alpine valley in Switzerland; “Lada Niva,” the Russian SUV; and “Ayida Wedo,” voodoo’s rainbow serpent. An intriguing range of topics that I find challenging to connect with the music. It is refreshing to see young band take a risk with a new direction and not be afraid to explore a different genre after a successful first release.