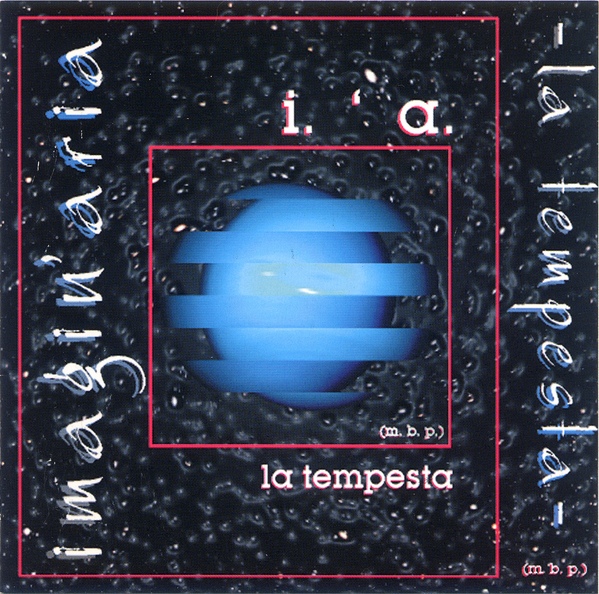 La Tempesta opens with a bit of an attitude, with an in-your-face rocker that almost manages to betray their distant past as a metal band while not really being a metal song. Forming in the 80s playing Metallica and Iron Maiden, they later found strong inspiration in Banco (who they’ve opened for in concert) and PFM, and it’s also useful to note that they contributed to a Demetrios Stratos tribute. Here they’re in their proper tongue, with a lead vocalist whose tremolo and occasional high reach sometimes reminds of Geddy Lee. The band’s lineup also includes bass, drums, and two guitars, but wait a minute: no keyboards, flute, violin, or phase-looped echoplexed caribou horn here? Well it doesn’t matter a whit because the dual guitar approach with occasional treatments more than makes up for it. They frequently use classical acoustic guitar, and even what sounds like electric mandolin on “Ci Credi Tu?” There is plenty of compositional variety, including the aforementioned classical treatments, 70s style electric guitar rock, and nods to modern rock, all wrapped into a contiguous package and run through an Italian prog filter of lyricism and passion. This is a very good modern disc from a promising up-and-comer.