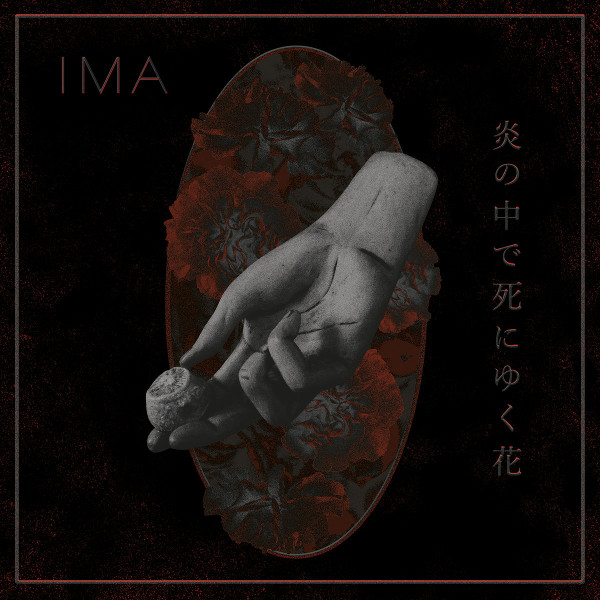 IMA is the duo of Hong Kong born (now based in California) electronic sound artist Amma Ateria and Japanese percussionist Nava Dunkelman. Their music is an explorative and impressionist offering of cinematic and industrial ideas merged with subtle elements of Japanese poetry, sampled sounds from the far corners of dreams and nightmares, random wisps of unusual sonic elements that float by the listener and collide in space, with bells and percussion and mysterious metallic sounds merging with curious electronic sounds. Dunkelman’s interests span the globe from Japanese taiko to Indonesian gamelan, from contemporary to classical and the avant-garde, all of which is evident on the nine tracks herein. An electroacoustic composer and improviser born in Hong Kong, Amma Ateria has studied with Fred Frith, performed with Ihue Mori, Zeena Parkins, Pauline Oliveros, John Zorn, and many others. In fact the duo was featured on Fred Frith’s recent 3CD live release All Is Always Now. While the listener may be mystified by the seemingly chaotic mix of sounds presented across the explorations featured on their debut release The Flowers Die in Burning Fire, nary a moment goes by where the listener’s interest is not piqued, all of the sounds in the world are on their rich palette, imbued with atmospherics and permeated with brilliance throughout. This isn’t conventional music by any standard, but at the same time it’s wholly engulfing, immersive, and truly beautiful. When the silence after the last sound on the last track reaches your ear, the only thought that will come to mind is to go back and play it all again and re-immerse yourself in IMA’s soundworld.

Bevel - Phoenician Terrane – I’m generally a big fan of music born of lofty ambition, even if it doesn’t entirely succeed, but there’s something to be said for a modest recording that accomplishes its goals completely. Via...  (2008) » Read more