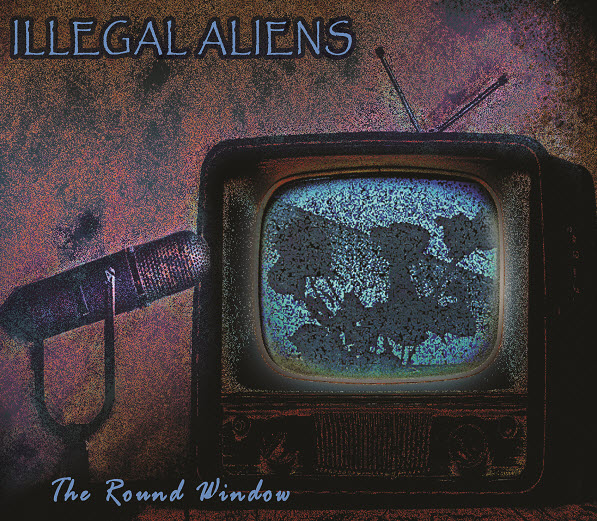 The recordings at hand, sixteen tracks of live and studio material recorded by Illegal Aliens, which included The Muffins’ Dave Newhouse, Billy Swann, and Paul Sears, as well as an expanded group of their friends and fellow travelers. Whenever the Muffins weren’t rehearsing, which was almost four nights a week, they would get together with all these friends and play different music as Illegal Aliens. Last year saw the re-release of their album Territories, originally a cassette-only release from 1989 (but recorded many years earlier), and now Dave Newhouse has unearthed sixteen more Illegal Aliens recordings from roughly the same time period (1974-1981) and released them as The Round Window. Will this be the last of them, or will there be more to come? Only Newhouse knows for sure. The other players include flutist Tom Scott (also a Muffin), Scott Raffel (alto and baritone saxes, bass clarinet, drums), guitarist Steve Feigenbaum, Mike Bass (drums and vibraphone), and several more, track depending. Compared to the material on Territories, the sixteen cuts on The Round Window are somewhat less refined and more free-wheeling and experimental in nature, but a logical next step for those who are interested in getting the full picture. I recall a story from a friend who, back in the late 70s, came back from a visit to the DC area with recommendations of two local bands that I absolutely must check out, one was Happy the Man (I was already plugged into them), the other was The Muffins, and some of the Muffins’ side projects, including Illegal Aliens, who were featured on the Random Radar Sampler LP, still a wonderful introduction to many of these artists, if you can still find it. What we have on The Round Window comes in a variety of styles, some jazz, some free improv, some outright crazy avant rock, although most of what’s here is purely instrumental (one track “Working Backwards” features some kids singing “Too many bills” over and over — go figure), and while what’s here may not be pristine recordings, they are nonetheless superb, mastered by Ian Beabout. Sadly the CDr was sold out in less that a month, long before I could get this review published, but it’s still available as a good old download at a very reasonable price.