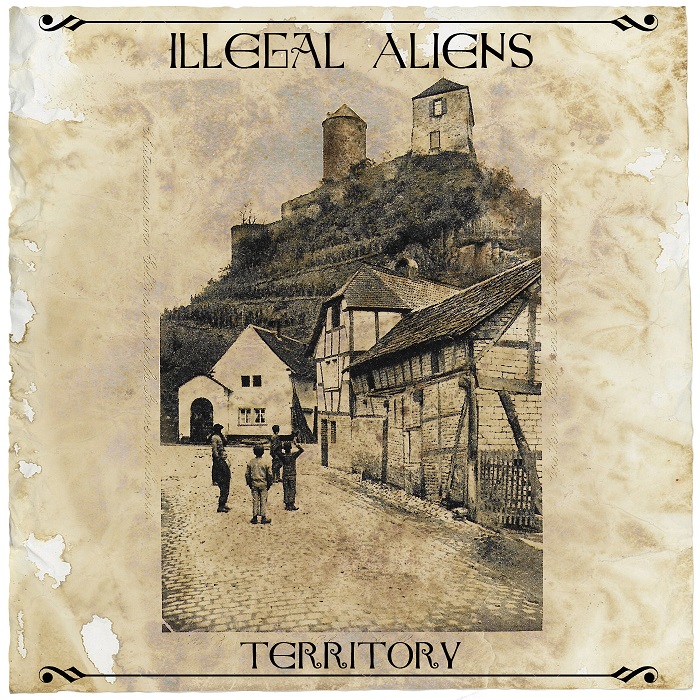 The recorded history of The Muffins goes back to 1974 or maybe even earlier – even though their first album proper, Manna / Mirage, wasn’t released until 1978. The early Muffins circa 1975-76 were a very different band, and can be heard on some of the Secret Signals cassette releases (now reissued on CD) or the Cuneiform archival release Chronometers. From the beginning, multi-instrumentalist Dave Newhouse was a key member of the band, and he also had a second band alongside the Muffins called Illegal Aliens. They recorded an album’s worth of material over several years from 1975-78, even though it wasn’t officially released until 1989 on cassette as Territory. The primary band members were Newhouse on keyboards, saxes, bass, and electric guitar, and Scott Raffel on saxes, keyboards, drums, and violin, along with Billy Swann on bass, keyboards, and drums, and guitarist Steve Feigenbaum. Add about half a dozen guest players including drummer Gary Mayne, guitarist Barney Jones, trumpeter Reid Brown, and others, track depending. Like The Muffins, Illegal Aliens were an instrumental outfit, at least on the recordings at hand, and as one might expect displaying a strong jazz-rock sensibility with a healthy dose of experimentalism, for all in to hear on the opener “Captains in Council,” a five minute jaunt through a cavernous jazz landscape seemingly informed by a mix of Zappa, Soft Machine, period Miles Davis and more. “Sputnik” rings out with a funky madness that swims in a chaos of saxes until a snarly guitar solo with full sustain takes it away until the saxes rejoin the party. A percussive driven funkiness pulls “Code Napoleon” forward into both gentle and wild sax blowing. All over the musical map, “Journals” is the album’s long track clocking in at eleven minutes, and delivering some astonishing surprises. “Happy Charles” begins to deliver another Zappa-influenced slab, but switches gears midway into a crazy percussive invention. Closer “Wands” makes an even more inventive (or insane) saxophone trio with Lauren Liebenson joining in on soprano. Beginning to end, Territory is a formative statement that is now available again as a digital download.