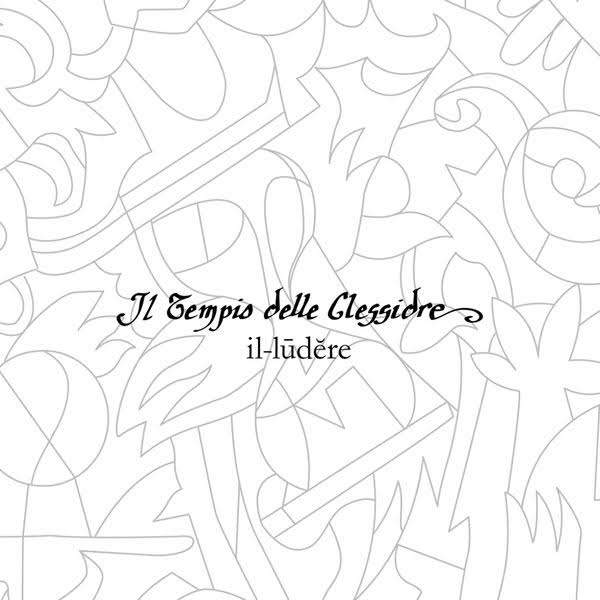 Il Ludere is Il Tempio delle Clessidre’s third studio album. On their second album they replaced Museo Rosenbach’s vocalist Lupo with Francesco Ciapica. And on Il Ludere Mattias Olsson from Sweden’s Änglagård replaces their original drummer, Paolo Tixi. The band met Olsson at NEARfest in 2012 and their relationship grew from there. Mattias and his bag of percussion tricks greatly enhances their sound. ll Tempio delle Clessidre just gets better with each new release. The album title is a word game uniting the latin verb ludere, meaning the act of playing, with the Italian article il, resulting in a dualism between il giocare (the act of playing) and ludere to mean “to deceive” or “to create expectations that will never be satisfied.” The results being a set of ten songs and instrumentals showcasing the compositional talents of the entire band, not just bassist Fabio Gremo and founder Elisa Montaldo, that extend Il Tempio’s sound into new directions. The album is less gothic Italian progressive, more rock oriented, and quite a bit more accessible than the previous two albums. Though the gothic element still remains, as on the opening track “Le Regole Del Gioco" and “Manitoo.” Some of the songs bring an 80s hard rock element into play with some exquisite guitar work from Giulio Canepa. For me the outstanding tracks are “Spettro del Palco," with its acoustic guitar and ethnic folk dance vibe that turns electric and proggy in the middle, including Elisa’s analog synth solo and a quiet piano outro; “Nuova Alchimia" with its Mellotron and analog synths; and the closing track, “Gnaffé," that is entirely different from the rest of the music as well as anything the band has done to date. “Gnaffé" is a Renaissance Italian madrigal inspired song with Francesco and Elisa singing a duet accompanied by acoustic guitar and harpsichord. “Gnaffé" is simply beautiful and a wonderful way to close the album.