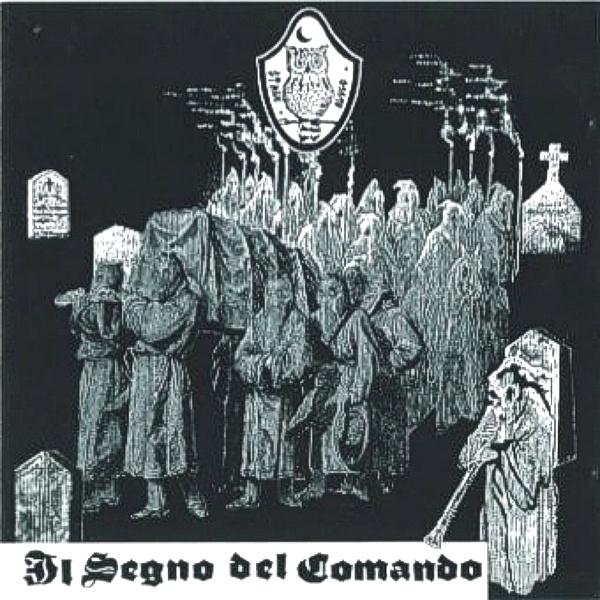 After a minute or so of chanting, wind-sounds, and church bells, the mighty Hammond organ casts its spell, followed by dual guitars, drums, and bass, marching onward into the title track (named after a 1971 TV movie directed by Daniele d'Anza) where the band meets vocalist Mercy in preparation for the nearly ten minutes of instrumental workout that follows. Another short interlude and it's off again for another long smoker. Due to all the vintage instrumentation and production qualities, this could have been just as easily recorded in 1971 as it was in '96. Indeed there are few clues anywhere that Il Segno is a 90s band. Vocals are powerful, and in the finest tradition, all lyrics are sung in Italian. A female vocalist joins the band on a couple tracks, and other guests provide saxes, Mellotron, and additional keyboards. With two guitars, these guys can really rock when they want to, yet they infuse strong elements of classical, folk, and jazz into their sound at every turn, winding through odd times, blistering solos, and lengthy multi-part suites. One might be reminded regularly of the glorious days of bands like Semiramis, among others. The chops aren’t quite at that level yet — for that we'll probably have to wait for Il Segno's second, but if ideas and effort count for anything, this one is certainly worthy of attention.

Late last year Black Widow Records reissued Il Segno del Comando’s debut self-titled album. The reissue contains the entire album plus the bonus track “Magia Postuma.” I guess with the passage of time Il Segno del Comando is not as interesting to me today as 23 years ago. The cover art is suitably gothic and reminiscent of the early days of Italian prog rock. There is plenty of gothic cathedral organ, analog synths, and dark sinister themes, but overall it comes off as kind of light on scary. I do enjoy the short organ instrumental “Salmo XVII o "della Doppia Morte”.” But then “Messagero di Pietra” sounds more like a Goblin knockoff with some dark cafe style music, jazzy electric piano, and a nod to Black Sabbath. “Missa Negra” or “Black Mass” is not my vision of a black mass. Instead of doom and demonic music, this song has a strong beat, energetic guitar and organ, plus Mercy’s frenzied vocals. The bonus track sounds out of place, with its funky bass riff, jazz fusion elements, and roller rink organ. But don’t get me wrong, “Magia Postuma” is a well executed jam. Overall, this debut album did not meet my expectations for the spooky gothic vibe implied by the cover art. But if you enjoy Il Segno del Comando’s recent efforts, you might find their first album of interest.