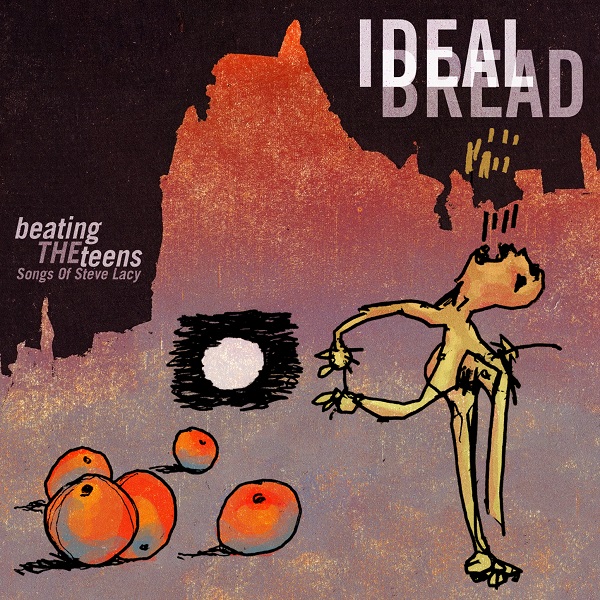 I'll admit to having only a little familiarity with Steve Lacy's music. I've heard a few albums, and liked what I heard, but his massive discography (both as leader and with Mal Waldron and others) is a vast mostly unexplored territory — Discogs.com lists 116 albums. But though Ideal Bread has taken covering Lacy's music as their raison d'être, intimate familiarity with the originals isn't necessary to listen to or enjoy these interpretations, some of which stray pretty far from the source material (according to the liner notes — as I said, I haven't heard much of it). The group's instrumentation consists of baritone sax (Josh Sinton), cornet (Kirk Knuffke), bass (Adam Hopkins), and drums (Tomas Fujiwara) — notice the lack of a soprano sax, which was Lacy's tool of choice. The absence of a chordal instrument like piano or guitar lends an openness to the arrangements that's refreshing. To be honest, I get a little tired of hearing a pianist comp on the changes behind a solo. That has been done for decades and I'm ready to move on. But that's beside the point for Ideal Bread. This double-CD release contains a total of 30 tracks, mostly short, with only three stretching beyond six minutes, ranging from sparse, scattered freakouts that sound totally improvised, to grooving tunes with more standard structure. You get a catchy, slinky groove on "Wish," followed by quiet atmospheric tones on "Lesson," then a sparse period of air-blowing leading into "The Wire." And so it goes. Listeners familiar with adventurous jazz shouldn't have much trouble enjoying most of Beating the Teens, and if a track comes along that doesn't grab you, just wait a couple minutes and they'll be on to something new. At over two hours in length, you're probably not going to sit down and take in the whole thing at once, but it's great stuff to visit in little chunks a few tracks at a time. All four players are great at what they do, and Sinton's arrangements keep it all interesting.

Vanishing Point - In Thought – After a while I begin to wonder why Angular keeps sending us these metal bands to review. They must be absolute gluttons for punishment. Perhaps they have some weird German fondness for pain. Who...  (2000) » Read more