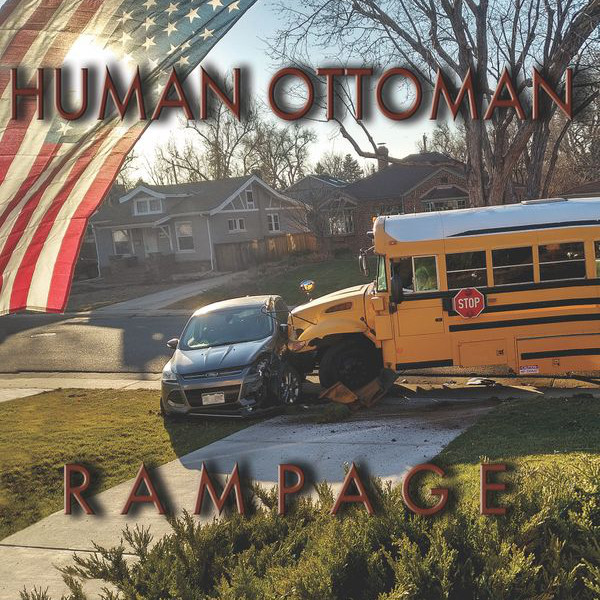 With their third release, this Portland, Oregon band stays true to their past while not repeating themselves. In the time since Farang (2015), founding members Susan Lucia (drums) and Grayson Fiske (electric vibraphone) have a new cellist on board in Julian Kosanovic and have added a bassist, David Robert Burrows. The original style, which they call “polyrhythmic rock” has undergone some mutation, with more emphasis on groove and texture and less on frantic energy. The added heft in the low end shows on tracks like “100K Laser Cats,” with its slowly building bass line, which is handled at times by different combinations of fuzzed-out vibes, cello, bass, and synth. All manner of craziness takes place above and around the bass line, including weird noises from both cello and vibes, crunchy tremolos, and more. The vibes function as surrogate keyboards, the cello as surrogate guitar, and both are subjected to all manner of electronic modification and distortion. When vocals are present, they tend to be somewhat understated, either as repeated chants or snaky melodies with effects on them. “Drug Anthem” is a good example of the band’s shifted emphasis. It’s got a slow, relentless pulse with a somewhat droning bass line that is clean for what might be called verses, and then hits the fuzz for the “choruses.” Lucia’s drum pattern is subtle and tricky during the quieter sections, with lots of ghosted snare hits providing hints at a double-time that never quite appears. The cello supplies some uncharacteristically undistorted lines, and the vocals are trippy enough to justify the title. All of the qualities that made Farang so special are here on Rampage, just presented in a different way that shows a band exploring its distinctive musical territory.