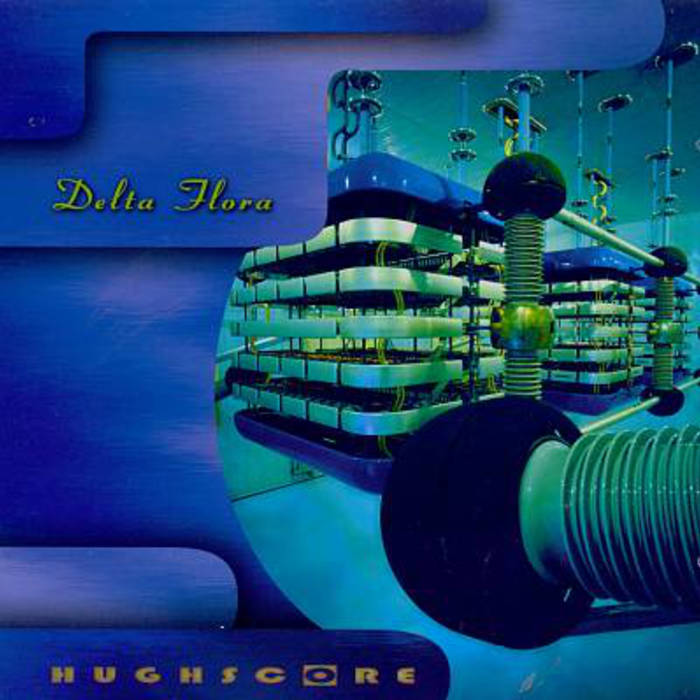 Delta Flora is the third project from the marriage of Hugh Hopper with Pacific Northwest group Caveman Shoestore recorded in both Canterbury and Seattle last year. Across the previous two releases, a new dialog was being established between modern pop music, jazz, and improvisation contexts. Hopper himself is one of a handful of bassists who can interact with pre-existing combos and come away stronger from the alliance. The composer has five songs himself on this disc, including two familiar re-workings: “Was a Friend” from the critically acclaimed Robert Wyatt album Shleep and a shorter re-working of the “Facelift” from Soft Machine Third. The remaining two pieces, “Based On” and “Ramifications” are excellent slices of Bitches Brew jazz which utilize elements of quirky free jazz and a modern 90s mix. Rhythmically this disc holds the promise of the last album, Highspot Paradox, by balancing pulse and tempo with sensitivity and crafted interplay. Plus there is plenty of fuzz bass booming, with additional support from Elton Dean and other brass players. Elaine di Falco’s role on the disc is threefold as vocalist, composer, and keyboardist. On “November” she remind me of Barbara Gaskin (former Northette and Dave Stewart’s partner) while on “Ramifications” she recalls the wispy tones of another Hopper collaborator, Lisa Klossner. Her closing piece, “Tokitae,” is a soothing melding of Fender Rhodes and heartfelt Canterbury sensitivity. The album is a must for your Soft Machine collection and also a great introductory disc for the unconverted. Delta Flora is certainly one of the best discs on Cuneiform this year and a strong contender for my top ten of the year.