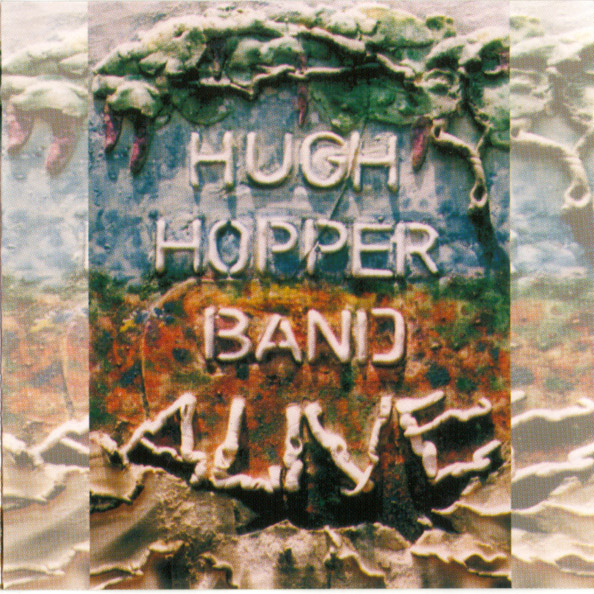 After his glory days with Soft Machine, Hugh Hopper went through some lean times (musically at least), until the mid to late 80s, when he hooked up with a crew of Dutch musicians for a number of tours of Holland. This CD is the record of those proceedings. Seven of the nine tracks were recorded on the 1987 tour; the other two date from 1985. Joining Hopper in the band are saxmen Frank van der Kooy and Kees van Veldhuizen, keyboardist Dionys Breukers, guitarist Hans van der Zee, and drummers Pieter Bast (1987) and André Maes (1985). The playing stays pretty solidly within jazz idioms, never rocking hard and not too wild. The recording quality is good except the 1985 cuts, which are above-average for bootleg, but noticeably inferior to the others. Hopper’s “Glider” gets things off to a breezy start, providing a solo opportunity for piano, and some nice ensemble playing. Other band members contribute a few compositions to the set, including van der Kooy’s “Forget the Dots” in a quick 7/4 with a great sax solo (from the composer?), and two from van der Zee. Probably my favorite of Hopper’s contributions is “Turfschip Enterprise,” a slow funk groove in three featuring guitar that mutates into a bouncy swinging tempo for a sax solo. Aside from the distracting poor recording of the two 1985 tracks, only some dated keyboard sounds serve as a slight detriment to this set.