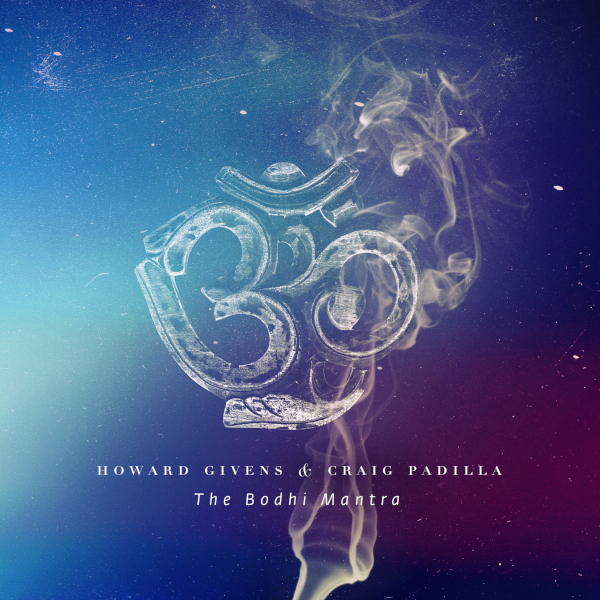 If one loves floating ambient space music, these are two names that you should be familiar with, because just about anything they are connected with is going to be nothing less than exceptional. Padilla has been honing his craft since the late 90s, creating masterworks using his battery of synthesizers, sometimes in collaboration with other like-minded travellers, and as of this writing has around 40 releases to his credit. Givens has been crafting electronic music, either as an artist or producer, since the late 80s, is the founder of the Spotted Peccary label, and is largely responsible for their earliest release In the Land of Power (credited to Brain Laughter), and has had a hand (production, engineering, mixing, mastering) on almost every release on the label since, as well as on recordings by Steve Roach and many others. The Bodhi Mantra is currently available as an LP or a download — the limitation of the LP format restricting it to a running time of just under forty-two minutes total, over which we find three beautiful sprawling tracks, shimmering and pulsating with luminance and depth. The melodic aspects are generally simple, but by no means basic — a glowing textural power underscores each repeating melodic figure, gently guiding the listener through portals of consciousness. Opener “Prana” is a thirteen minute immersive drift that pulses gently on a number of levels, the highest being the surging melodic element that pushes and pulls, while the subtle intricacies of a pulsating bottom end keeps the piece texturally active over its duration. The nine-plus minute “Serenity, the Peaceful Place” closes side one with the most overtly melodic piece among the three, a dreamy soundscape where tonal colors burst and fade like bells over one another, slowly bringing in gentle textural washes for enrichment. More along the lines of the opener, side two’s “Leaving Behind the Now” offers a dreamy escape back into the flowing world of melodic shapeshifting, beautiful chords appear and fade over one another, folding over textures and dense substrata, with deep pulses and shimmering melodic starlight washing over the listener as the piece proceeds to its nineteen minute conclusion. Givens and Padilla have collaborated directly twice before — 2015’s Life Flows Water, and more recently 2017’s Being of Light, and both of those offer some evidence of where this latest collaboration is going, though one must immerse themselves to feel the full impact of its power.