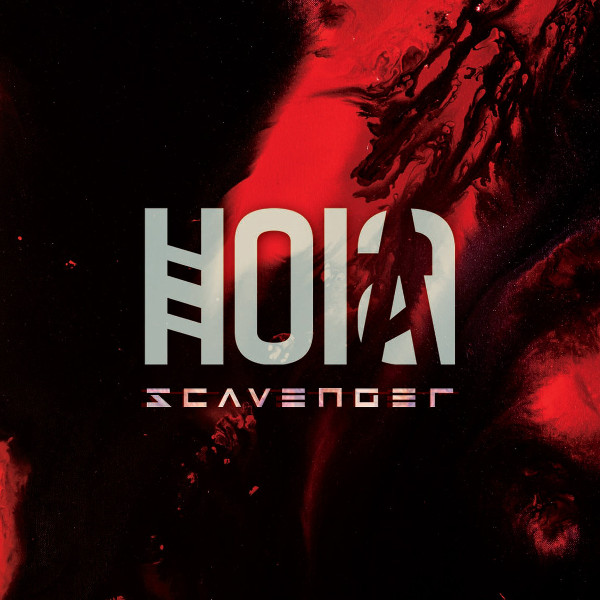 The man behind the name Hoia is Prateek Rajagopal, who is also known for his work with a metal band called Gutslit. But Hoia is the result of his interest in music outside of the metal genre, and Scavenger ranges pretty far afield from anything that could earn that label. He’s enlisted two well-known players to fulfil his aims: bassist Colin Edwin of Porcupine Tree (and countless other projects) and Wojtek Deregowski, a session drummer from Poland. This relatively short album (33 minutes) starts out with “Write Across,” a mid-tempo song featuring keyboards for much of the backing, with pulsing synthesizer and sweeps of chords washing over the affected vocals and acoustic guitar. The second half of the song brings in the drums for a long instrumental fade-out. The longest track is “Escape Orb,” which starts out with a sound reminiscent of an atmospheric Porcupine Tree song with synths and piano, and gradually builds up to a really interesting heavier feeling when a really imaginative guitar part comes in. Once again, there’s an ambient section in the middle that works back into a louder reprise of the vocal section from the first half followed up by a heavy riff where the band finally kicks into high gear. In general, keyboards are at least as prominent as guitars, and much of the music consists of tasty sections with interesting chords that evolve through gradual variation. For dramatic purposes, there are also some sudden changes, where the drums and bass will kick in for a nice groove. Hoia is most of all a personal vision of music that crosses borders without reaching anything like avant-garde strangeness. Listeners who aren’t scared off by Rajagopal’s resume will find a solid modern progressive rock album that’s well worth investigating.