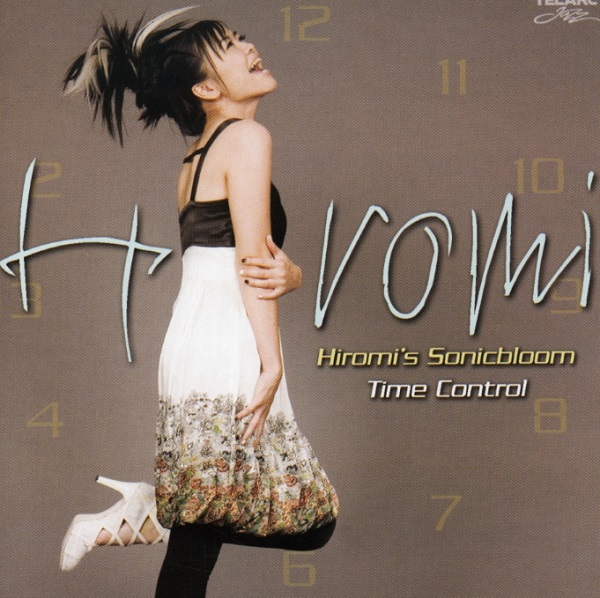 Japanese jazz pianist Hiromi Uehara's previous releases have all borne the name "Hiromi" and basically consisted of her standing trio with bassist Tony Grey and drummer Martin Valihora. Guitarist David Fiuczynski was a guest on her first album, and he's here now as a full member, hence the new name. While I love her previous albums, this one really grabs me, from the quick tinkling intro of "Time Difference" to the dizzying stylistic shifts of "Real Clock vs. Body Clock = Jet Lag" to the last moody melodies of "Note from the Past." That pitter-patter raindrop intro is followed by a killer riff in alternating 7/4 and 6/4 with some superb unison melodies on piano and guitar. The first solo spotlight has Hiromi tossing off one of her eccentric synth flights, and Fiuczynski joins in with some of his own eccentricity. This is fusion at its best, folks, with all cylinders firing in perfect sync, loaded with energy and imagination. It's refreshingly free of clichés, and while the technical level is stunning, it never seems like mere exercise. With the second track, an electric piano joins Hiromi's palette (though the acoustic piano still dominates), and there's a funky soulful vibe; the guitar gets a wah-wah treatment, and much fun is had by all. Things slow down a bit for "Deep into the Night," though it's a far cry from smooth jazz; the guitar reminds me of Phil Miller. I could go on and on — it's terrific all the way through.