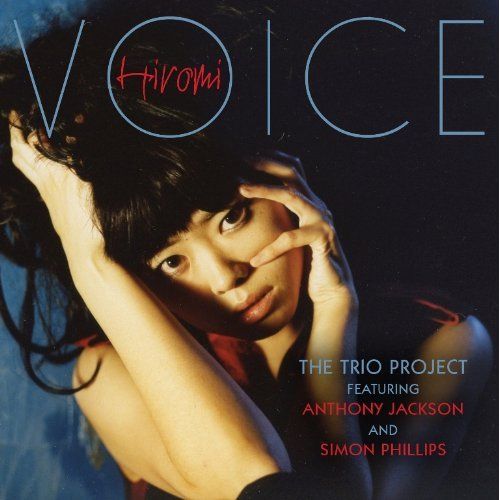 That's Voice as in "finding your voice," not indicating that there is vocal music on this CD. It's the Hiromi Uehara we know and love (at least I do) with a different backing band she calls the "Trio Project." The drummer is Simon Phillips, and on bass (actually contrabass guitar) we have Anthony Jackson. The musical focus is a bit more towards the traditional than the fusion side, with Hiromi mostly sticking to piano (though she can't resist the occasional funky synth line), but all the compositions are hers (barring a jazzy arrangement of Beethoven's "Pathetique" piano sonata) and exhibit the same penchant for complexity as with her more electric material. Which is not to say that she can't groove with the best of them: "Now or Never" is one of her most soulful pieces, harking to 60s soul-jazz along the lines of Les McCann (think "Compared to What" as interpreted by Oscar Peterson with a touch of Herbie Hancock tossed in), and if I'm not mistaken actually stays exclusively in 4/4. It also features the aforementioned funky synthesizer. Other pieces dive headlong into dizzying rhythmic patterns that should satisfy any fan of fusion or math-rock in spite of the lack of a guitar. This piano trio is light-years away from cocktail lounge fare. Come to think of it, the cocktail lounge that did feature this kind of music would be a place I'd be hard pressed to ever leave — as long as the drinks were at least passable. Hiromi has risen to the ranks of my all-time favorite keyboard players, and her mastery of the piano makes the absence of Mellotrons and organs irrelevant. She may have more technique than a dozen hotshot proggers combined, but she shines even when the mood is subtle and two notes say more than twenty.