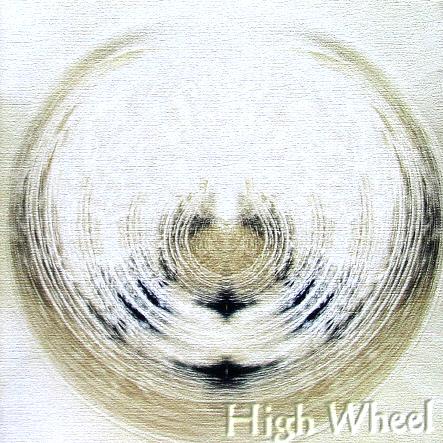 The first thing I thought of when I put this CD on was "Echolyn with a German accent." That sums High Wheel up pretty well (at least superficially), but it doesn't tell the whole story. I don't know whether the band is intentionally emulating Echolyn or if they just have the same base influences, but the music comes out rather similar. Complex arrangements, elaborate vocal harmonies, bright sounds, heavy reliance on keyboards, and so on. The accented English is only really noticeable on the softer moments when the singer (three of the members sing, so I don't know who it is at any given time) is not supplemented by backing vocals. The worst of these times is on "Dark," a short acoustic tune based on an old German song reminiscent of "Greensleeves" with a medieval arrangement. But then the band kicks right back into high gear with the rhythmic opening of the 32 minute suite called "Blind Archer," which is divided into ten sections, some of which are continuous from track to track. The story involves prophecies and kingdoms, so it's probably best not to examine the lyrics too closely. For the most part I find it easy enough to enjoy the music and let the words slip by as notes without meaning. It would be easy to dismiss High Wheel as derivative or unoriginal, but I find the music catchy enough and the arrangements complex enough to grab my interest and get my head bopping happily.