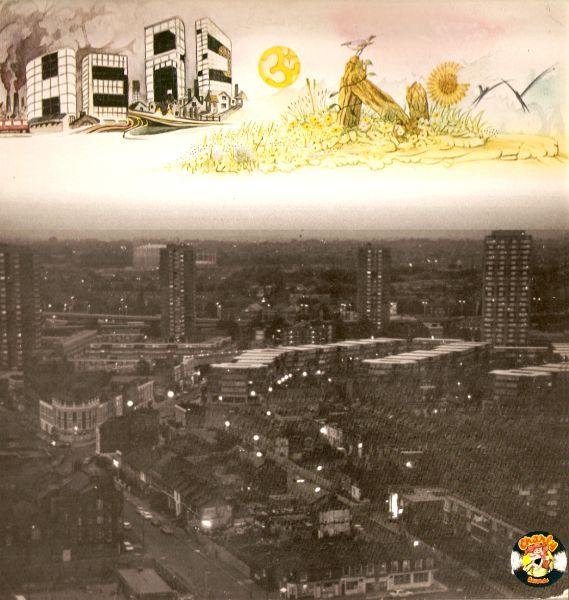 Here and Now are very heavily patterned in the mold of Radio Gnome era Gong, complete with silly vocals, but luckily they also borrow from Gong’s best features, with some great guitar solos over driving riffs and spacey keyboards. The band’s members even use silly pseudonyms in the credits, just like Gong used to. Stephen “Steffy Sharpstrings” Lewry plays the part of Steve Hillage, providing effects-laden and glissando guitar parts. Keith “Missile Bass” Bailey plays the part of Mike Howlett. Keith “Kif Kif Le Batter” Dobson plays the part of Pierre Moerlen on drums. “Gavin da Blitz” (real name unknown) plays the part of Tim Blake on synths. According to the Planet Gong web site, H&N formed in 1974 as a loose collective to perform festivals in England, and eventually began an association with the real Gong after meeting Daevid Allen. In 1977, under the name Planet Gong, H&N toured the UK and France with Allen and Gilli Smyth. Two of the backing singers for that tour, named “Suze da Blooz” and “Annie Wombat” provide vocals (including space whisper) on this album. Once back on their own, H&N were distinguished by charging no admission for their concerts, only taking donations. Musically, this CD is enjoyable, an interesting footnote to the history of space rock. Generally, I’d say Gong fans should like this, but others should probably start with the originals for investigating this genre.